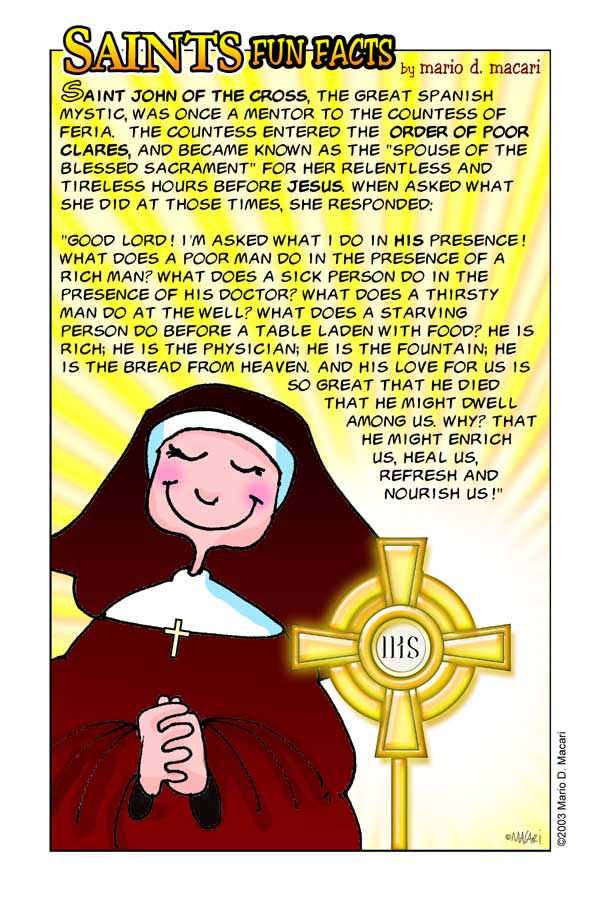 Saint John of the Cross was born Juan de Yepes y Alvarez, in Fontiveros, Avila, Spain in 1542. His father was employed by wealthy family members as an accountant, but they disowned him when he married a poor woman from the lower class. As a result of his family's poverty, John's family suffered greatly. His father died when he was three, and his older brother, Luis died two years after that, likely because of malnutrition. John's mother eventually found work weaving which helped her to feed ... continue reading