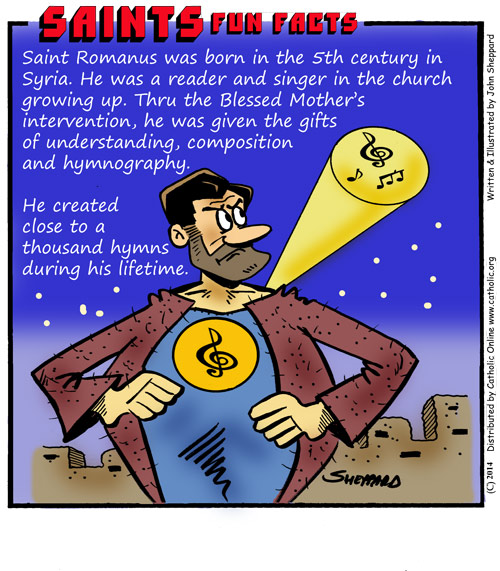 The foremost Greek hymnographer, known as "the Melodist" because of the thousand compositions which are attributed to him. A native of Syria, he was of Jewish descent and became a deacon in the church at Berytus and then a priest in Constantinople. He soon acquired a reputation for his brilliant and eloquent compositions, although only about eighty hymns sermons, some of which may not even be are extant. Some of the kontakia are considered genuine master works of religious literature, including ... continue reading