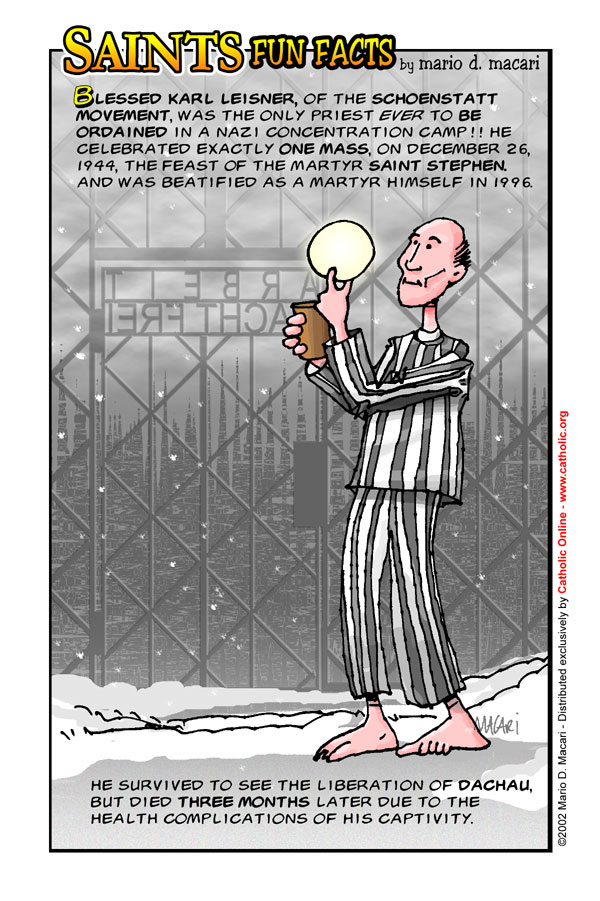 Many Catholic priests and seminarians were imprisoned in the Nazi prison camps, and not a few died of the intentionally harsh treatment they received. Two of these clerics were beatified by Pope John Paul II during his visit to Berlin on June 23, 1996.       One was Father Karl Leisner. In the mid 1930s Karl was studying for the priesthood in the western German diocese of Muenster. An apostolic young seminarian, he tried to organize the Catholic students into groups for ... continue reading