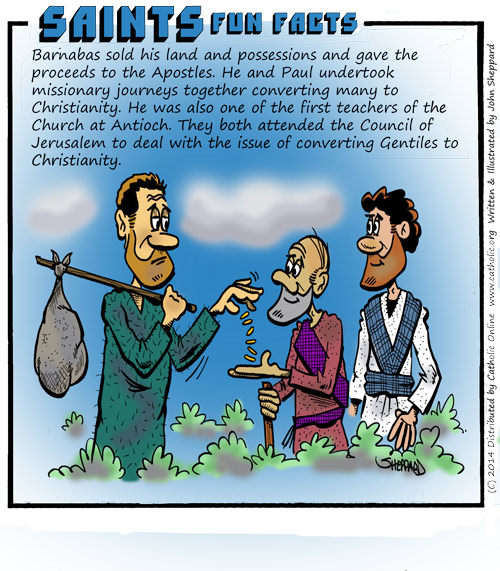 All we know of Barnabas is to be found in the New Testament. A Jew, born in Cyprus and named Joseph, he sold his property, gave the proceeds to the Apostles, who gave him the name Barnabas, and lived in common with the earliest converts to Christianity in Jerusalem. He persuaded the community there to accept Paul as a disciple, was sent to Antioch, Syria, to look into the community there, and brought Paul there from Tarsus. With Paul he brought Antioch's donation to the Jerusalem community ... continue reading