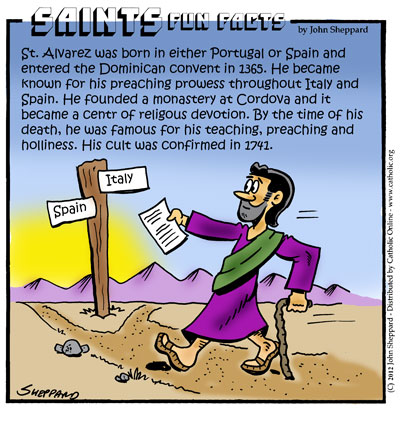 Alvarez was born in either Lisbon, Portugal, or Cordova, Spain. He entered the Dominican convent at Cordova in 1368. He became known for his preaching prowess in Spain and Italy, was confessor and adviser of Queen Catherine, John of Gaunt's daughter, and tutor of King John II in his youth. He reformed the court, and then left the court to found a monastery near Cordova. There the Escalaceli (ladder of heaven) that he built became a center of religious devotion. He successfully led the ... continue reading