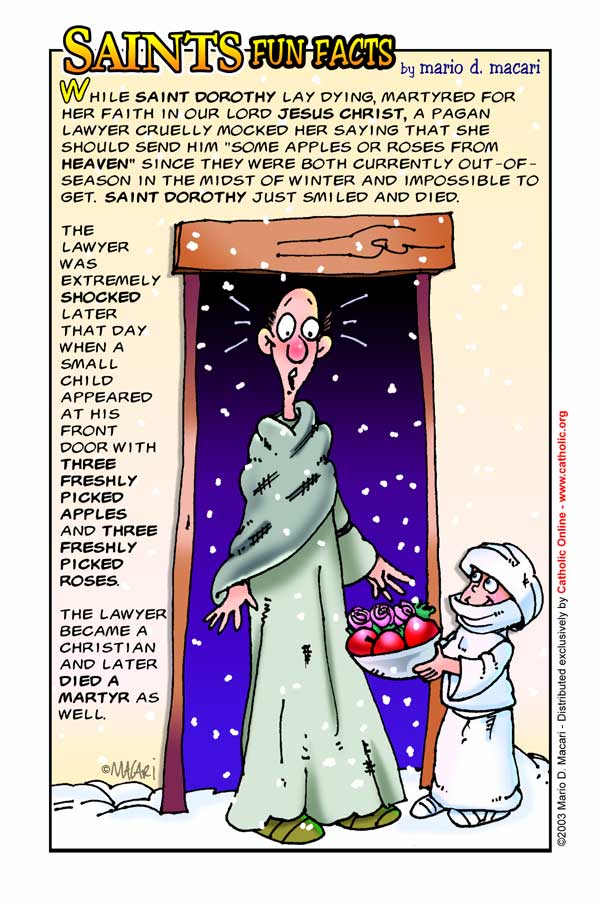 According to her apochryphal tradition, she was a resident of Caesarea, Cappadocia, who when she refused to sacrifice to the gods during Emperor Diocletian's persecution of the Christians, was tortured by the governor and ordered executed. On the way to the place of execution, she met a young lawyer, Theophilus, who mockingly asked her to send him fruits from "the garden" she had joyously announced she would soon be in. When she knelt for her execution, she prayed, and an angel with a basket of ... continue reading