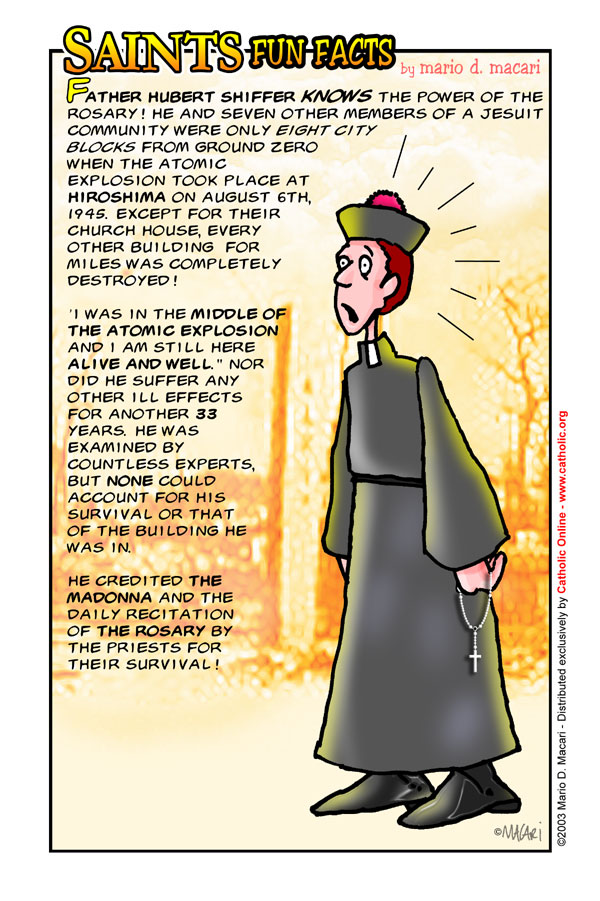 Father Hubert Schiffer, (1915 - March 27, 1982) was one of eight German Jesuits who survived the bomb dropped on Hiroshima. He was only eight blocks away from ground zero when the explosion occurred. Some Catholics believe the survival of the priests to have been a miracle. Skeptics counter that people inside Nagasaki's Urakami Cathedral were afforded no special protection, and that there were non-Catholic survivors even closer to the center of the blast in Hiroshima. Eiko Taoka and nine other ... continue reading