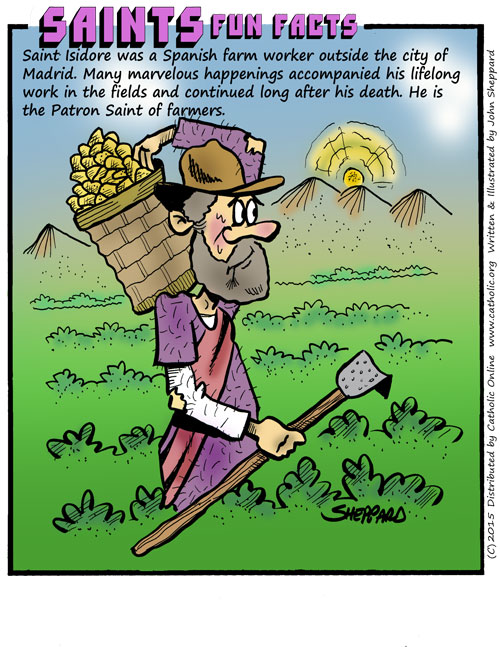 St. Isidore was born at Madrid, Spain, in the latter half of the 12th century. For the greater part of his life he was employed as a laborer on a farm outside the city. Many marvelous happenings accompanied his lifelong work in the fields and continued long after his holy death. He was favored with celestial visions and, it is said, the angels sometimes helped him in his work in the fields. St. Isidore was canonized in 1622. In 1947, he was proclaimed the patron of the National Rural ... continue reading