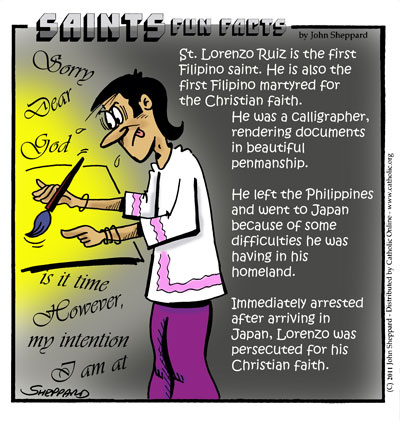 Saint Lorenzo Ruiz was born around the year 1600 in Binondo, Manila in the Philippines. He was the son of a Chinese father and a Filipino mother. Both were Christians and took care to raise Lorenzo as a Catholic. He served happily in his parish church as an altar boy and calligrapher. As a young man, Lorenzo joined the Dominican Confraternity of the Most Holy Rosary. Later, he married a woman named Rosario. The happy couple had three children, two sons and one daughter. By all ... continue reading