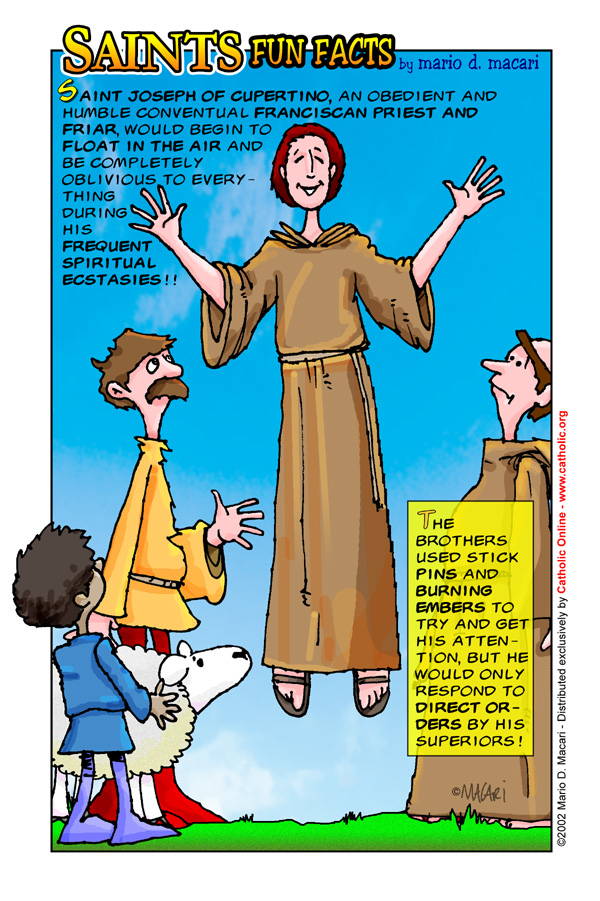 St. Joseph was born in 1603 at Cupertino, in the diocese of Nardo in the Kingdom of Naples. After spending his childhood and adolescence in simplicity and innocence, he finally joined the Franciscan Friars Minor Conventual. After his ordination to the holy priesthood, he gave himself up entirely to a life of devotion to the Lord and his church. His deep devotional life led him to the kind of holiness which is forged through humility, voluntary mortification, and obedience. He was consecrated to ... continue reading