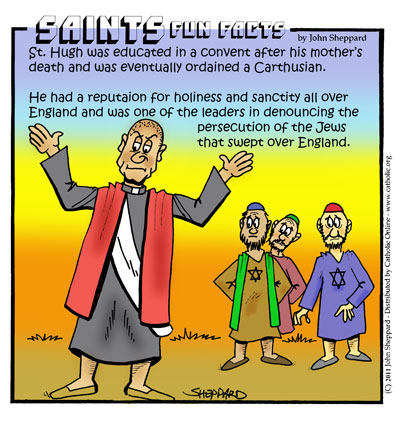 Hugh of Lincoln was the son of William, Lord of Avalon. He was born at Avalon Castle in Burgundy and was raised and educated at a convent at Villard-Benoit after his mother died when he was eight. He was professed at fifteen, ordained a deacon at nineteen, and was made prior of a monastery at Saint-Maxim. While visiting the Grande Chartreuse with his prior in 1160. It was then he decided to become a Carthusian there and was ordained. After ten years, he was named procurator and in 1175 became ... continue reading