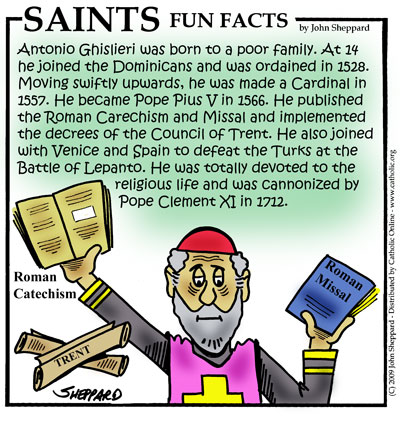 Pope from 1566-1572 and one of the foremost leaders of the Catholic Reformation. Born Antonio Ghislieri in Bosco, Italy, to a poor family, he labored as a shepherd until the age of fourteen and then joined the Dominicans, being ordained in 1528. Called Brother Michele, he studied at Bologna and Genoa, and then taught theology and philosophy for sixteen years before holding the posts of master of novices and prior for several Dominican houses. Named inquisitor for Como and Bergamo, he was so ... continue reading