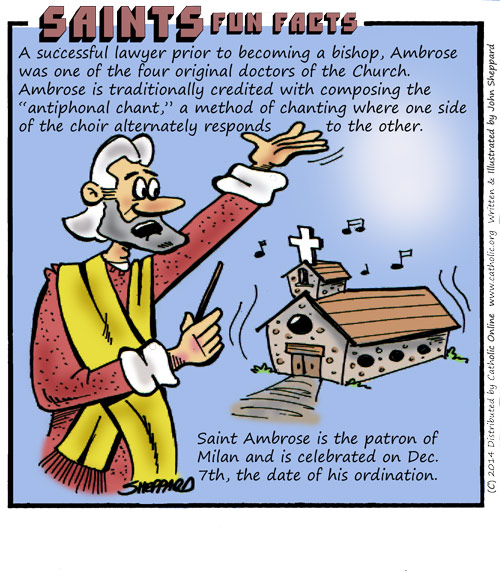 Saint Ambrose, also known as Aurelius Ambrosius, is one of the four original doctors of the Church. He was the Bishop of Milan and became one of the most important theological figure of the 4th century. Ambrose was born around 340 AD to a Roman Christian family. He grew up with his siblings, Satyrus and Marcellina, in Trier, Belgic Gaul (present-day Germany). It is believed by many that when Ambrose was just an infant, a swarm of bees landed on his face and left behind a drop of honey. To his ... continue reading