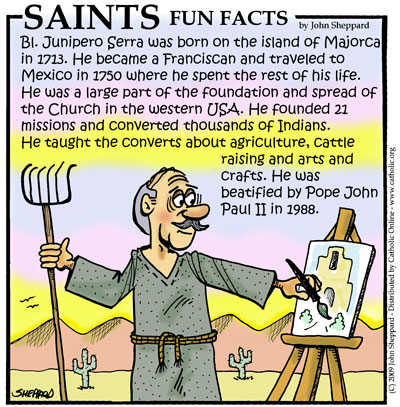 Miguel Jose Serra was born on the island of Majorca on November 24, 1713, and took the name of Junipero when in 1730, he entered the Franciscan Order. Ordained in 1737, he taught philosophy and theology at the University of Padua until 1749. At the age of thirty-seven, he landed in Mexico City on January 1, 1750, and spent the rest of his life working for the conversion of the peoples of the New World. In 1768, Father Serra took over the missions of the Jesuits (who had been wrongly ... continue reading