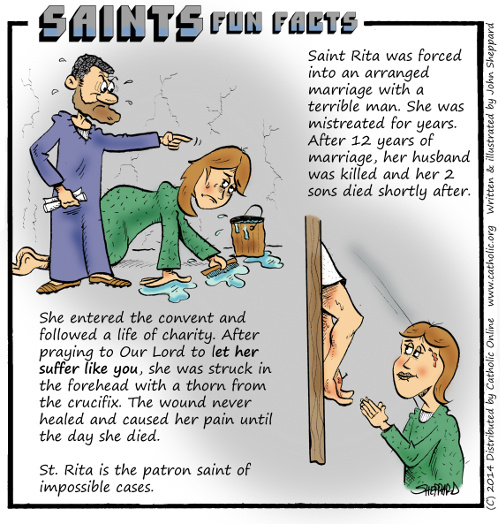 Saint Rita was born Margherita Lotti in Roccaporena, Italy in 1381. The day after her baptism, Rita was surrounded by a swarm of white bees, which went in and out of her infant mouth without hurting her. Rather than being alarmed, her family believed she was marked to be virtuous and devoted to God. At an early age, she begged her parents to allow her to enter a convent but was instead arranged to be married to a cruel man named Paolo Mancini. Young Rita became a wife and mother at only twelve ... continue reading