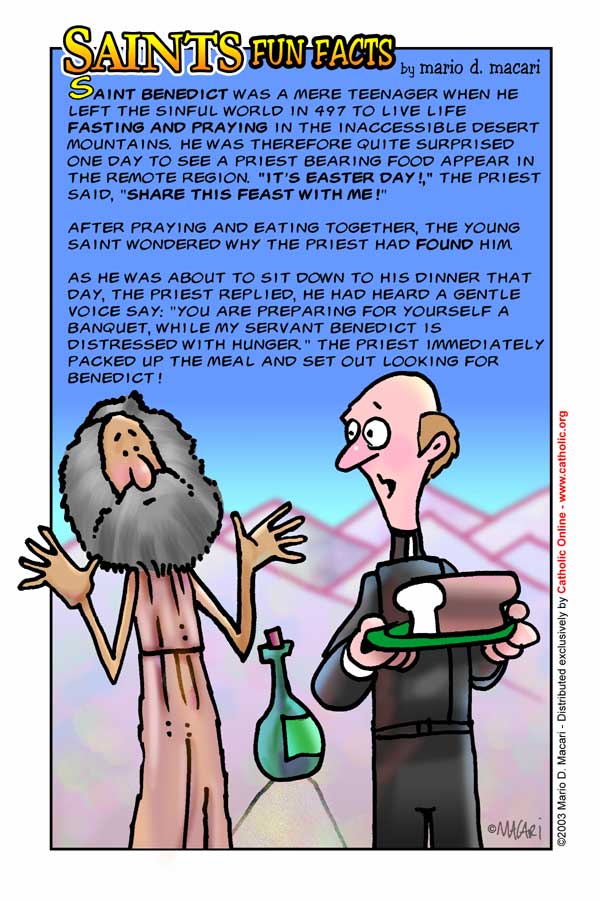 St. Benedict is believed to have been born around 480, as the son to a Roman noble of Norcia and the twin to his sister, Scholastica. In the fifth century, the young Benedict was sent to Rome to finish his education with a nurse/housekeeper. The subject that dominated a young man's study then was rhetoric -- the art of persuasive speaking. A successful speaker was not one who had the best argument or conveyed the truth, but one who used rhythm, eloquence, and technique to convince. The power ... continue reading