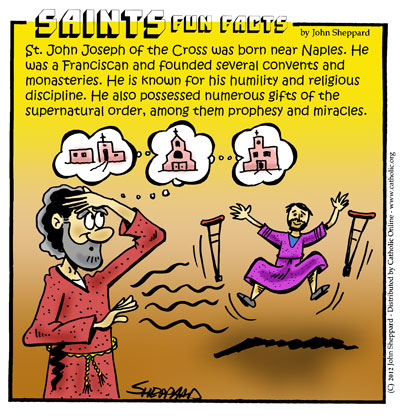 St. John Joseph of the Cross was born about the middle of the seventeenth century in the beautiful island of Ischia, near Naples. From his childhood he was the model of virtue, and in his sixteenth year he entered the Franciscan Order of the Strictest Observance, or Reform of St. Peter of Alcantara. Such was the edification he gave in his Order, that within three years after his profession he was sent to found a monastery in Piedmont. He became a priest out of obedience, and obtained, as it ... continue reading