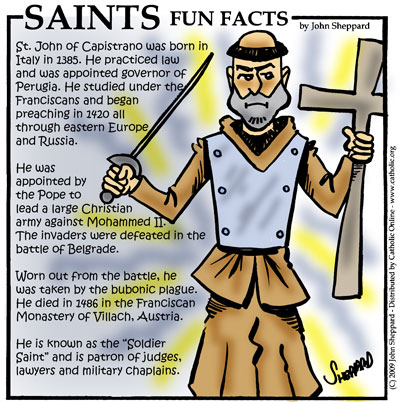 St. John was born at Capistrano, Italy in 1385, the son of a former German knight in that city. He studied law at the University of Perugia and practiced as a lawyer in the courts of Naples. King Ladislas of Naples appointed him governor of Perugia. During a war with a neighboring town he was betrayed and imprisoned. Upon his release he entered the Franciscan community at Perugia in 1416. He and St. James of the March were fellow students under St. Bernardine of Siena, who inspired him to ... continue reading