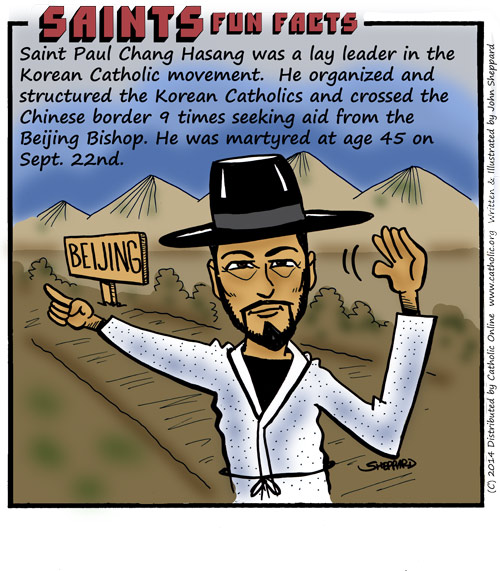 Feastday: September 20 The evangelization of Korea began during the 17th century through a group of lay persons. A strong vital Christian community flourished there under lay leadership until missionaries arrived from the Paris Foreign Mission Society. During the terrible persecutions that occurred in the 19th century (in 1839, 1866, and 1867), one hundred and three members of the Christian community gave their lives as martyrs. Outstanding among these witnesses to the faith were the ... continue reading