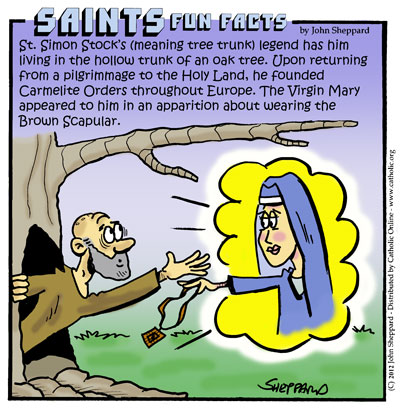 Although little is known about Simon Stock's early life, legend has it that the name Stock, meaning "tree trunk," derives from the fact that, beginning at age twelve, he lived as a hermit in a hollow tree trunk of an oak tree. It is also believed that, as a young man, he went on a pilgrimage to the Holy Land where he joined a group of Carmelites with whom he later returned to Europe. Simon Stock founded many Carmelite Communities, especially in University towns such as Cambridge, Oxford, Paris, ... continue reading