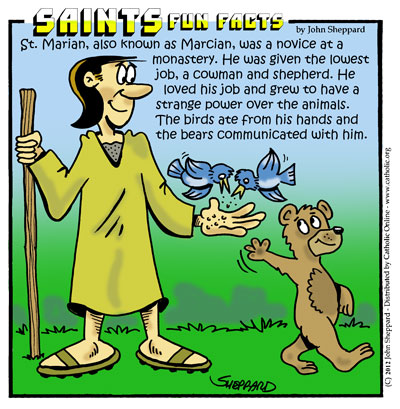 When St. Mamertinus was Abbot of the monastery which St. Germanus had founded at Auxerre, there came to him a young man called Marcian (also known as Marian), a fugitive from Bourges then occupied by the Visigoths. St. Mamertinus gave him the habit, and the novice edified all his piety and obedience. The Abbot, wishing to test him, gave him the lowest possible post - that of cowman and shepherd in the Abbey farm at Merille. Marcian accepted the work cheerfully, and it was noticed that the beast ... continue reading