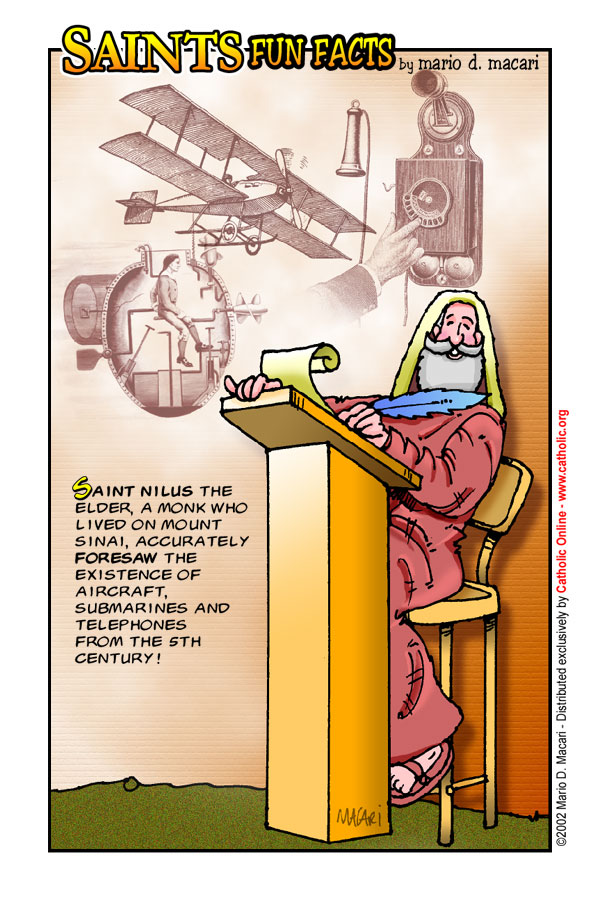 Bishop and friend of St. John Chrysostom. He was reputedly a member of the imperial court at Constantinople, modern Istanbul, who gave up his family and, with his son, Theodulus, took up the life of a monk on Mount Sinai. Theodulus was kidnapped by Arab raiders, and Nilus set out to find him. They were reunited, and both were ordained by a bishop at Eleusa. They then returned to Sinai. Nilus also became the bishop of Ancyra and was the reputed author of ascetical treatises and many letters. ... continue reading