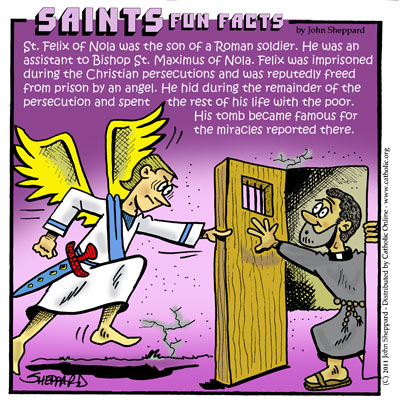 Felix was the son of Hermias, a Syrian who had been a Roman soldier. He was born on his father's estate at Nola near Naples, Italy. On the death of his father, Felix distributed his inheritance to the poor, was ordained by Bishop St. Maximus of Nola, and became his assistant. When Maximus fled to the desert at the beginning of Decius' persecution of the Christians in 250, Felix was seized in his stead and imprisoned. He was reputedly released from prison by an angel, who directed him to the ... continue reading