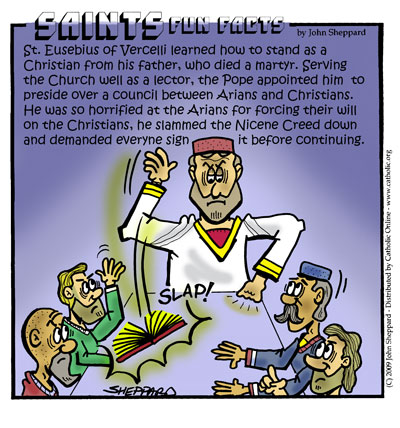 Christians who breathed a sigh of relief when Constantine proclaimed Christianity the state religion, believing this would end the bloodshed and martyrdom. But it was all too short a time until they were facing persecution once more -- from others who claimed to be Christian. When Christianity became the state religion, many people adopted it for political reasons. Others adopted it without truly understanding it. Under these circumstances heresy found fertile ground. One of the most ... continue reading