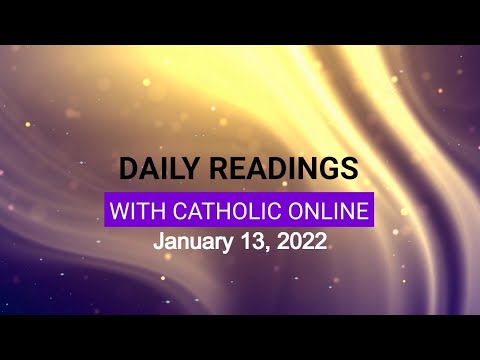 1 and, for all Israel, the word of Samuel was as the word of Yahweh; since Eli was very old and his sons persisted in their wicked behaviour towards Yahweh. It happened at that time that the Philistines mustered to make war on Israel and Israel went out to meet them in war, pitching camp near Ebenezer while the Philistines pitched camp at Aphek.

2 The Philistines drew up their battle-line against Israel, the fighting was fierce, and Israel was beaten by the Philistines: about four thousand men in their ranks were killed on the field of battle.

3 When the troops returned to camp, the elders of Israel said, 'Why has Yahweh caused us to be beaten by the Philistines today? Let us fetch the ark of our God from Shiloh so that, when it goes with us, it may save us from the clutches of our enemies.'

4 So the troops sent to Shiloh and brought away the ark of Yahweh Sabaoth enthroned on the winged creatures; the two sons of Eli, Hophni and Phinehas, came with the ark.

5 When the ark of Yahweh arrived in the camp, all Israel raised a great war cry so that the earth resounded.

6 When the Philistines heard the noise of the war cry, they said, 'What can this great war cry in the Hebrew camp mean?' And they realised that the ark of Yahweh had come into the camp.

7 At this, the Philistines were afraid; for they said, 'God has come into the camp. Disaster!' they said. 'For nothing like this has ever happened before.

8 Disaster! Who will rescue us from the clutches of this mighty God? This was the God who struck down Egypt with every kind of misfortune in the desert.

9 But take courage and be men, Philistines, or you will become slaves to the Hebrews as they have been slaves to you. Be men and fight.'

10 So the Philistines gave battle and Israel was defeated, each man fleeing to his tent. The slaughter was very great: on the Israelite side, thirty thousand foot soldiers fell.

11 The ark of God was captured too, and Hophni and Phinehas the two sons of Eli died.

10 you leave us to fall back before the enemy, those who hate us plunder us at will.

11 You hand us over like sheep for slaughter, you scatter us among the nations,

14 you make us a by-word among nations, other peoples shake their heads over us.

15 All day long I brood on my disgrace, the shame written clear on my face,

25 For we are bowed down to the dust, and lie prone on the ground.

26 Arise! Come to our help! Ransom us, as your faithful love demands.

40 A man suffering from a virulent skin-disease came to him and pleaded on his knees saying, 'If you are willing, you can cleanse me.'

41 Feeling sorry for him, Jesus stretched out his hand, touched him and said to him, 'I am willing. Be cleansed.'

42 And at once the skin-disease left him and he was cleansed.

43 And at once Jesus sternly sent him away and said to him,

44 'Mind you tell no one anything, but go and show yourself to the priest, and make the offering for your cleansing prescribed by Moses as evidence to them.'

45 The man went away, but then started freely proclaiming and telling the story everywhere, so that Jesus could no longer go openly into any town, but stayed outside in deserted places. Even so, people from all around kept coming to him.