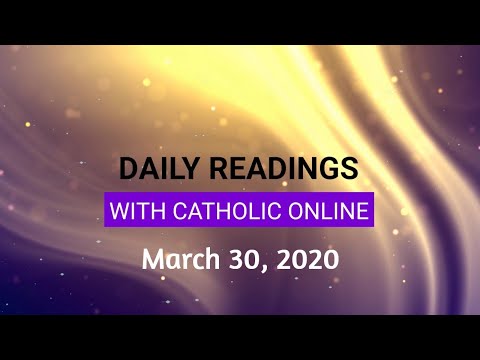 1 In Babylon there lived a man named Joakim.

2 He was married to a woman called Susanna daughter of Hilkiah, a woman of great beauty; and she was God-fearing, for

3 her parents were worthy people and had instructed their daughter in the Law of Moses.

4 Joakim was a very rich man and had a garden by his house; he used to be visited by a considerable number of the Jews, since he was held in greater respect than any other man.

5 Two elderly men had been selected from the people, that year, to act as judges. Of such the Lord had said, 'Wickedness has come to Babylon through the elders and judges posing as guides to the people.'

6 These men were often at Joakim's house, and all who were engaged in litigation used to come to them.

7 At midday, when the people had gone away, Susanna would take a walk in her husband's garden.

8 The two elders, who used to watch her every day as she came in to take her walk, gradually began to desire her.

9 They threw reason aside, making no effort to turn their eyes to Heaven, and forgetting the demands of virtue.

15 So they waited for a favourable moment; and one day Susanna came as usual, accompanied only by two young maidservants. The day was hot and she wanted to bathe in the garden.

16 There was no one about except the two elders, spying on her from their hiding place.

17 She said to the servants, 'Bring me some oil and balsam and shut the garden door while I bathe.'

19 Hardly were the maids gone than the two elders sprang up and rushed upon her.

21 Refuse, and we shall both give evidence that a young man was with you and that this was why you sent your maids away.'

22 Susanna sighed. 'I am trapped,' she said, 'whatever I do. If I agree, it means death for me; if I resist, I cannot get away from you.

23 But I prefer to fall innocent into your power than to sin in the eyes of the Lord.'

24 She then cried out as loud as she could. The two elders began shouting too, putting the blame on her,

25 and one of them ran to open the garden door.

26 The household, hearing the shouting in the garden, rushed out by the side entrance to see what had happened to her.

27 Once the elders had told their story, the servants were thoroughly taken aback, since nothing of this sort had ever been said of Susanna.

28 Next day a meeting was held at the house of her husband Joakim. The two elders arrived, full of their wicked plea against Susanna, to have her put to death.

29 They addressed the company, 'Summon Susanna daughter of Hilkiah and wife of Joakim.' She was sent for,

30 and came accompanied by her parents, her children and all her relations.

33 All her own people were weeping, and so were all the others who saw her.

34 The two elders stood up, with all the people round them, and laid their hands on her head.

35 Tearfully she turned her eyes to Heaven, her heart confident in God.

36 The elders then spoke, 'While we were walking by ourselves in the garden, this woman arrived with two maids. She shut the garden door and then dismissed the servants.

37 A young man, who had been hiding, went over to her and they lay together.

38 From the end of the garden where we were, we saw this crime taking place and hurried towards them.

39 Though we saw them together, we were unable to catch the man: he was too strong for us; he opened the door and took to his heels.

40 We did, however, catch this woman and ask her who the young man was.

41 She refused to tell us. That is our evidence.' Since they were elders of the people and judges, the assembly accepted their word: Susanna was condemned to death.

42 She cried out as loud as she could, 'Eternal God, you know all secrets and everything before it happens;

43 you know that they have given false evidence against me. And now I must die, innocent as I am of everything their malice has invented against me!'

44 The Lord heard her cry

45 and, as she was being led away to die, he roused the holy spirit residing in a young boy called Daniel

46 who began to shout, 'I am innocent of this woman's death!'

47 At this all the people turned to him and asked, 'What do you mean by that?'

48 Standing in the middle of the crowd, he replied, 'Are you so stupid, children of Israel, as to condemn a daughter of Israel unheard, and without troubling to find out the truth?

49 Go back to the scene of the trial: these men have given false evidence against her.'

50 All the people hurried back, and the elders said to Daniel, 'Come and sit with us and tell us what you mean, since God has given you the gifts that elders have.'

51 Daniel said, 'Keep the men well apart from each other, for I want to question them.'

52 When the men had been separated, Daniel had one of them brought to him. 'You have grown old in wickedness,' he said, 'and now the sins of your earlier days have overtaken you,

53 you with your unjust judgements, your condemnation of the innocent, your acquittal of the guilty, although the Lord has said, "You must not put the innocent and upright to death."

54 Now then, since you saw her so clearly, tell me what sort of tree you saw them lying under.' He replied, 'Under an acacia tree.'

55 Daniel said, 'Indeed! Your lie recoils on your own head: the angel of God has already received from him your sentence and will cut you in half.'

56 He dismissed the man, ordered the other to be brought and said to him, 'Son of Canaan, not of Judah, beauty has seduced you, lust has led your heart astray!

57 This is how you have been behaving with the daughters of Israel, and they have been too frightened to resist; but here is a daughter of Judah who could not stomach your wickedness!

58 Now then, tell me what sort of tree you surprised them under.' He replied, 'Under an aspen tree.'

59 Daniel said, 'Indeed! Your lie recoils on your own head: the angel of God is waiting with a sword to rend you in half, and destroy the pair of you.'

60 Then the whole assembly shouted, blessing God, the Saviour of those who trust in him.

61 And they turned on the two elders whom Daniel had convicted of false evidence out of their own mouths.

62 As the Law of Moses prescribes, they were given the same punishment as they had schemed to inflict on their neighbour. They were put to death. And thus, that day, an innocent life was saved.

1 and Jesus went to the Mount of Olives.

2 At daybreak he appeared in the Temple again; and as all the people came to him, he sat down and began to teach them.

3 The scribes and Pharisees brought a woman along who had been caught committing adultery; and making her stand there in the middle

4 they said to Jesus, 'Master, this woman was caught in the very act of committing adultery,

5 and in the Law Moses has ordered us to stone women of this kind. What have you got to say?'

6 They asked him this as a test, looking for an accusation to use against him. But Jesus bent down and started writing on the ground with his finger.

7 As they persisted with their question, he straightened up and said, 'Let the one among you who is guiltless be the first to throw a stone at her.'

8 Then he bent down and continued writing on the ground.

9 When they heard this they went away one by one, beginning with the eldest, until the last one had gone and Jesus was left alone with the woman, who remained in the middle.

10 Jesus again straightened up and said, 'Woman, where are they? Has no one condemned you?'