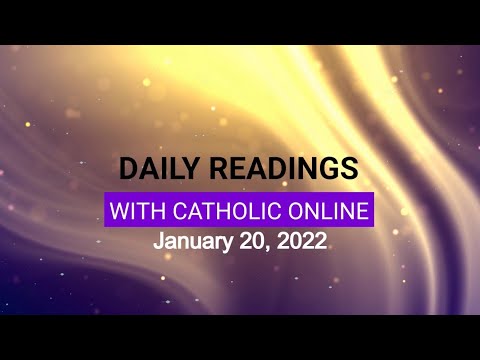 6 On their return, when David was coming back from killing the Philistine, the women came out of all the towns of Israel singing and dancing to meet King Saul, with tambourines, sistrums and cries of joy;

7 and as they danced the women sang: Saul has killed his thousands, and David his tens of thousands.

8 Saul was very angry; the incident displeased him. 'They have given David the tens of thousands,' he said, 'but me only the thousands; what more can he have, except the throne?'

9 And Saul watched David jealously from that day onwards.

1 Saul let his son Jonathan and all his servants know of his intention to kill David. But Jonathan, Saul's son, held David in great affection;

2 and Jonathan warned David, 'My father Saul is looking for a way to kill you, so be on your guard tomorrow morning; go into hiding, stay out of sight.

3 I shall go out and keep my father company in the countryside where you will be, and shall talk to my father about you; I shall see what the situation is and then tell you.'

4 Jonathan spoke highly of David to Saul his father and said, 'The king should not harm his servant David; far from harming you, what he has done has been greatly to your advantage.

5 He took his life in his hands, he killed the Philistine, and Yahweh brought about a great victory for all Israel. You saw for yourself. How pleased you were! Why then sin against innocent blood by killing David for no reason?'

6 Saul was impressed by Jonathan's words. Saul swore, 'As Yahweh lives, I will not kill him.'

7 Jonathan called David and told him all this. Jonathan then brought him to Saul, and David remained in attendance as before.

2 Those who harry me lie in wait for me all day, countless are those who attack me from the heights.

9 Then my enemies will turn back on the day when I call. This I know, that God is on my side.

11 in God I put my trust and have no fear; what can mortal man do to me?

12 I am bound by the vows I have made, God, I will pay you the debt of thanks,

13 for you have saved my life from death to walk in the presence of God, in the light of the living.

7 Jesus withdrew with his disciples to the lakeside, and great crowds from Galilee followed him. From Judaea,

8 and from Jerusalem, and from Idumaea and Transjordan and the region of Tyre and Sidon, great numbers who had heard of all he was doing came to him.

9 And he asked his disciples to have a boat ready for him because of the crowd, to keep him from being crushed.

10 For he had cured so many that all who were afflicted in any way were crowding forward to touch him.

11 And the unclean spirits, whenever they saw him, would fall down before him and shout, 'You are the Son of God!'

12 But he warned them strongly not to make him known.