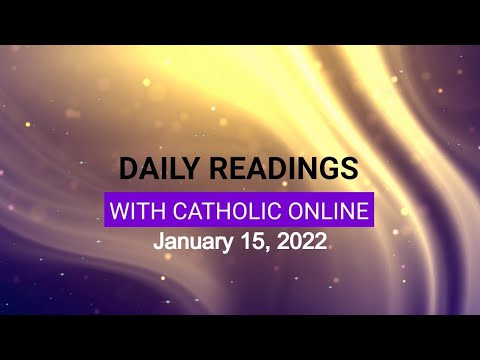 1 Among the men of Benjamin was a man called Kish son of Abiel, son of Zeror, son of Becorath, son of Aphiah; a Benjaminite and a person of rank.

2 He had a son called Saul, a handsome man in the prime of life. Of all the Israelites there was no one more handsome than he; he stood head and shoulders taller than anyone else.

3 Now since the donkeys belonging to Kish, Saul's father, had strayed, Kish said to his son Saul, 'My son, take one of the servants with you and be off; go and look for the donkeys.'

18 Saul accosted Samuel in the gateway and said, 'Tell me, please, where the seer's house is.'

19 Samuel replied to Saul, 'I am the seer. Go up ahead of me to the high place. You must eat with me today. Tomorrow, when I let you go, I shall tell you whatever is on your mind.

1 Samuel took a phial of oil and poured it on Saul's head; he then kissed him and said, 'Has not Yahweh anointed you as leader of his people Israel? You are the man who is to govern Yahweh's people and save them from the power of the enemies surrounding them. The sign for you that Yahweh has anointed you as prince of his heritage is this:

2 You have granted him his heart's desire, not denied him the prayer of his lips.

3 For you come to meet him with blessings of prosperity, put a crown of pure gold on his head.

4 He has asked for life, you have given it him, length of days for ever and ever.

5 Great his glory through your saving help; you invest him with splendour and majesty.

6 You confer on him everlasting blessings, you gladden him with the joy of your presence.

7 For the king puts his trust in Yahweh; the faithful love of the Most High will keep him from falling.

13 He went out again to the shore of the lake; and all the people came to him, and he taught them.

14 As he was walking along he saw Levi the son of Alphaeus sitting at the tax office, and he said to him, 'Follow me.' And he got up and followed him.

15 When Jesus was at dinner in his house, a number of tax collectors and sinners were also sitting at table with Jesus and his disciples; for there were many of them among his followers.

16 When the scribes of the Pharisee party saw him eating with sinners and tax collectors, they said to his disciples, 'Why does he eat with tax collectors and sinners?'

17 When Jesus heard this he said to them, 'It is not the healthy who need the doctor, but the sick. I came to call not the upright, but sinners.'