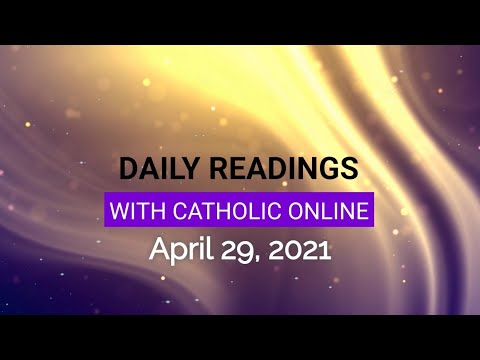 13 Paul and his companions went by sea from Paphos to Perga in Pamphylia where John left them to go back to Jerusalem.

15 After the passages from the Law and the Prophets had been read, the presidents of the synagogue sent them a message, 'Brothers, if you would like to address some words of encouragement to the congregation, please do so.'

16 Paul stood up, raised his hand for silence and began to speak: 'Men of Israel, and fearers of God, listen!

17 The God of our nation Israel chose our ancestors and made our people great when they were living in Egypt, a land not their own; then by divine power he led them out

18 and for about forty years took care of them in the desert.

19 When he had destroyed seven nations in Canaan, he put them in possession of their land

20 for about four hundred and fifty years. After this he gave them judges, down to the prophet Samuel.

21 Then they demanded a king, and God gave them Saul son of Kish, a man of the tribe of Benjamin. After forty years,

22 he deposed him and raised up David to be king, whom he attested in these words, "I have found David son of Jesse, a man after my own heart, who will perform my entire will."

23 To keep his promise, God has raised up for Israel one of David's descendants, Jesus, as Saviour,

24 whose coming was heralded by John when he proclaimed a baptism of repentance for the whole people of Israel.

25 Before John ended his course he said, "I am not the one you imagine me to be; there is someone coming after me whose sandal I am not fit to undo."

2 for you have said: love is built to last for ever, you have fixed your constancy firm in the heavens.

3 'I have made a covenant with my Chosen One, sworn an oath to my servant David:

27 So I shall make him my first-born, the highest of earthly kings.

17 'Now that you know this, blessed are you if you behave accordingly.

18 I am not speaking about all of you: I know the ones I have chosen; but what scripture says must be fulfilled: 'He who shares my table takes advantage of me.

19 I tell you this now, before it happens, so that when it does happen you may believe that I am He.