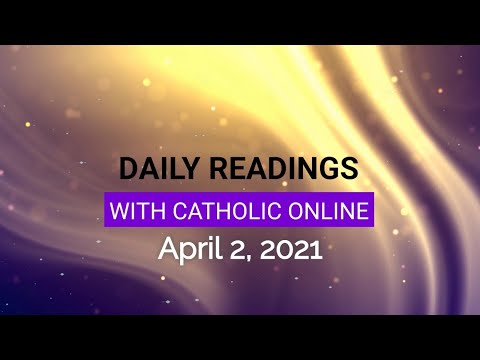 13 Look, my servant will prosper, will grow great, will rise to great heights.

15 so many nations will be astonished and kings will stay tight-lipped before him, seeing what had never been told them, learning what they had not heard before.

12 Hence I shall give him a portion with the many, and he will share the booty with the mighty, for having exposed himself to death and for being counted as one of the rebellious, whereas he was bearing the sin of many and interceding for the rebellious.

2 turn your ear to me, make haste. Be for me a rock-fastness, a fortified citadel to save me.

6 you hate those who serve useless idols; but my trust is in Yahweh:

12 I have no more place in their hearts than a corpse, or something lost.

13 All I hear is slander -- terror wherever I turn -- as they plot together against me, scheming to take my life.

15 every moment of my life is in your hands, rescue me from the clutches of my foes who pursue me;

16 let your face shine on your servant, save me in your faithful love.

17 I call on you, Yahweh, so let disgrace fall not on me, but on the wicked. Let them go down to Sheol in silence,

2 Judas the traitor knew the place also, since Jesus had often met his disciples there,

3 so Judas brought the cohort to this place together with guards sent by the chief priests and the Pharisees, all with lanterns and torches and weapons.

4 Knowing everything that was to happen to him, Jesus came forward and said, 'Who are you looking for?'

5 They answered, 'Jesus the Nazarene.' He said, 'I am he.' Now Judas the traitor was standing among them.

6 When Jesus said to them, 'I am he,' they moved back and fell on the ground.

7 He asked them a second time, 'Who are you looking for?' They said, 'Jesus the Nazarene.'

8 Jesus replied, 'I have told you that I am he. If I am the one you are looking for, let these others go.'

9 This was to fulfil the words he had spoken, 'Not one of those you gave me have I lost.'

10 Simon Peter, who had a sword, drew it and struck the high priest's servant, cutting off his right ear. The servant's name was Malchus.

11 Jesus said to Peter, 'Put your sword back in its scabbard; am I not to drink the cup that the Father has given me?'

12 The cohort and its tribune and the Jewish guards seized Jesus and bound him.

13 They took him first to Annas, because Annas was the father-in-law of Caiaphas, who was high priest that year.

14 It was Caiaphas who had counselled the Jews, 'It is better for one man to die for the people.'

16 but Peter stayed outside the door. So the other disciple, the one known to the high priest, went out, spoke to the door-keeper and brought Peter in.

17 The girl on duty at the door said to Peter, 'Aren't you another of that man's disciples?' He answered, 'I am not.'

18 Now it was cold, and the servants and guards had lit a charcoal fire and were standing there warming themselves; so Peter stood there too, warming himself with the others.

19 The high priest questioned Jesus about his disciples and his teaching.

20 Jesus answered, 'I have spoken openly for all the world to hear; I have always taught in the synagogue and in the Temple where all the Jews meet together; I have said nothing in secret.

21 Why ask me? Ask my hearers what I taught; they know what I said.'

42 Since it was the Jewish Day of Preparation and the tomb was nearby, they laid Jesus there.

14 Since in Jesus, the Son of God, we have the supreme high priest who has gone through to the highest heaven, we must hold firm to our profession of faith.

15 For the high priest we have is not incapable of feeling our weaknesses with us, but has been put to the test in exactly the same way as ourselves, apart from sin.

16 Let us, then, have no fear in approaching the throne of grace to receive mercy and to find grace when we are in need of help.

7 During his life on earth, he offered up prayer and entreaty, with loud cries and with tears, to the one who had the power to save him from death, and, winning a hearing by his reverence,

8 he learnt obedience, Son though he was, through his sufferings;

9 when he had been perfected, he became for all who obey him the source of eternal salvation