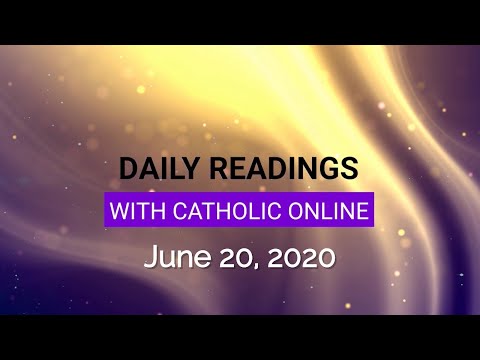 17 After Jehoiada's death the officials of Judah came to pay court to the king, and the king listened to their advice,

18 and they abandoned the Temple of Yahweh, God of their ancestors, for the worship of sacred poles and idols. Judah and Jerusalem incurred wrath because of this guilt of theirs.

19 He sent their prophets to lead them back to Yahweh; these put the case against them, but they would not listen.

20 The spirit of God then invested Zechariah son of Jehoiada the priest. He stood up before the people and said, 'God says this, "Why transgress Yahweh's commands to your certain ruin? For if you abandon Yahweh, he will abandon you."

21 They then plotted against him and, at the king's order, stoned him in the court of the Temple of Yahweh.

22 Thus King Joash, forgetful of the devotion which Jehoiada father of Zechariah had displayed on his behalf, murdered his son, who cried out as he died, 'Yahweh will see this and avenge it!'

23 At the turn of the year, the Aramaean army made war on Joash. When they reached Judah and Jerusalem, they massacred all the nation's government officials and sent all their booty to the king of Damascus.

24 Although the invading Aramaean army was only a small body of men, Yahweh allowed them to defeat a very large army because they had abandoned Yahweh, God of their ancestors; thus they executed judgement on Joash. After they had retired -- for they left him seriously wounded--

25 his own retainers plotted against him to avenge the blood of the son of Jehoiada the priest and murdered him in his bed. When he died he was buried in the City of David, but not in the tombs of the kings.

4 I have made your dynasty firm for ever, built your throne stable age after age.

5 The heavens praise your wonders, Yahweh, your constancy in the gathering of your faithful.

29 I have established his dynasty for ever, his throne to be as lasting as the heavens.

30 'Should his descendants desert my law, and not keep to my rulings,

31 should they violate my statutes, and not observe my commandments,

32 'then I shall punish their offences with the rod, their guilt with the whip,

33 but I shall never withdraw from him my faithful love, I shall not belie my constancy.

34 'I shall not violate my covenant, I shall not withdraw the word once spoken.

41 Every year his parents used to go to Jerusalem for the feast of the Passover.

42 When he was twelve years old, they went up for the feast as usual.

43 When the days of the feast were over and they set off home, the boy Jesus stayed behind in Jerusalem without his parents knowing it.

44 They assumed he was somewhere in the party, and it was only after a day's journey that they went to look for him among their relations and acquaintances.

45 When they failed to find him they went back to Jerusalem looking for him everywhere.

46 It happened that, three days later, they found him in the Temple, sitting among the teachers, listening to them, and asking them questions;

47 and all those who heard him were astounded at his intelligence and his replies.

48 They were overcome when they saw him, and his mother said to him, 'My child, why have you done this to us? See how worried your father and I have been, looking for you.'

49 He replied, 'Why were you looking for me? Did you not know that I must be in my Father's house?'

50 But they did not understand what he meant.

51 He went down with them then and came to Nazareth and lived under their authority. His mother stored up all these things in her heart.