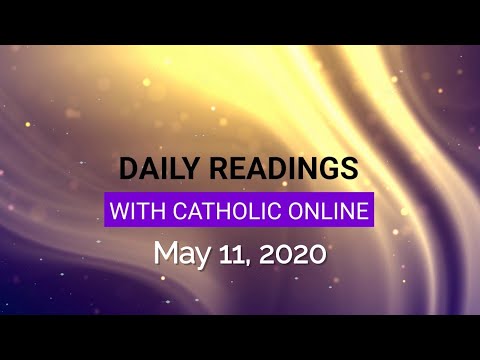 5 but eventually with the connivance of the authorities a move was made by gentiles as well as Jews to make attacks on them and to stone them.

6 When they came to hear of this, they went off for safety to Lycaonia where, in the towns of Lystra and Derbe and in the surrounding country,

7 they preached the good news.

8 There was a man sitting there who had never walked in his life, because his feet were crippled from birth;

9 he was listening to Paul preaching, and Paul looked at him intently and saw that he had the faith to be cured.

10 Paul said in a loud voice, 'Get to your feet-stand up,' and the cripple jumped up and began to walk.

11 When the crowds saw what Paul had done they shouted in the language of Lycaonia, 'The gods have come down to us in human form.'

12 They addressed Barnabas as Zeus, and since Paul was the principal speaker they called him Hermes.

13 The priests of Zeus-outside-the-Gate, proposing that all the people should offer sacrifice with them, brought garlanded oxen to the gates.

14 When the apostles Barnabas and Paul heard what was happening they tore their clothes, and rushed into the crowd, shouting,

15 'Friends, what do you think you are doing? We are only human beings, mortal like yourselves. We have come with good news to make you turn from these empty idols to the living God who made sky and earth and the sea and all that these hold.

16 In the past he allowed all the nations to go their own way;

17 but even then he did not leave you without evidence of himself in the good things he does for you: he sends you rain from heaven and seasons of fruitfulness; he fills you with food and your hearts with merriment.'

18 With this speech they just managed to prevent the crowd from offering them sacrifice.

1 Not to us, Yahweh, not to us, but to your name give the glory, for your faithful love and your constancy!

2 Why should the nations ask, 'Where is their God?'

3 Our God is in heaven, he creates whatever he chooses.

4 They have idols of silver and gold, made by human hands.

15 May you be blessed by Yahweh, who made heaven and earth.

16 Heaven belongs to Yahweh, but earth he has given to the children of Adam.

21 Whoever holds to my commandments and keeps them is the one who loves me; and whoever loves me will be loved by my Father, and I shall love him and reveal myself to him.'

22 Judas -- not Judas Iscariot -- said to him, 'Lord, what has happened, that you intend to show yourself to us and not to the world?'

23 Jesus replied: Anyone who loves me will keep my word, and my Father will love him, and we shall come to him and make a home in him.

24 Anyone who does not love me does not keep my words. And the word that you hear is not my own: it is the word of the Father who sent me.

25 I have said these things to you while still with you;

26 but the Paraclete, the Holy Spirit, whom the Father will send in my name, will teach you everything and remind you of all I have said to you.