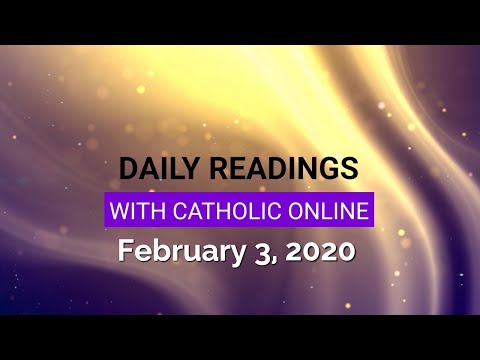 13 A messenger came and told David, 'The men of Israel have shifted their allegiance to Absalom.'

14 David said to all his retinue then with him in Jerusalem, 'Up, let us flee, or we shall not escape from Absalom! Leave as quickly as you can, in case he mounts a sudden attack, overcomes us and puts the city to the sword.'

30 David then made his way up the Mount of Olives, weeping as he went, his head covered and his feet bare. And all the people with him had their heads covered and made their way up, weeping as they went.

5 As David was reaching Bahurim, out came a man of the same clan as Saul's family. His name was Shimei son of Gera and, as he came, he uttered curse after curse

6 and threw stones at David and at all King David's retinue, even though the whole army and all the champions formed an escort round the king on either side.

7 The words of his curse were these, 'Off with you, off with you, man of blood, scoundrel!

8 Yahweh has paid you back for all the spilt blood of the House of Saul whose sovereignty you have usurped; and Yahweh has transferred the sovereign power to Absalom your son. Now your wickedness has overtaken you, man of blood that you are.'

9 Abishai son of Zeruiah said to the king, 'Why should this dead dog curse my lord the king? Let me go over and cut his head off.'

10 But the king replied, 'What concern is my business to you, sons of Zeruiah? Let him curse! If Yahweh has said to him, "Curse David!" what right has anyone to say, "Why have you done so?" '

11 David said to Abishai and all his retinue, 'Why, the son sprung from my own body is now seeking my life; all the more reason for this Benjaminite to do so! Let him curse on, if Yahweh has told him to!

12 Perhaps Yahweh will look on my wretchedness and will repay me with good for his curses today.'

13 So David and his men went on their way, and Shimei kept pace with him along the opposite mountainside, cursing as he went, throwing stones and flinging dust.

2 how countless those who say of me, 'No salvation for him from his God!

3 But you, Yahweh, the shield at my side, my glory, you hold my head high.

4 I cry out to Yahweh; he answers from his holy mountain.

5 As for me, if I lie down and sleep, I shall awake, for Yahweh sustains me.

6 I have no fear of people in their thousands upon thousands, who range themselves against me wherever I turn.

7 Arise, Yahweh, rescue me, my God! You strike all my foes across the face, you break the teeth of the wicked.

1 They reached the territory of the Gerasenes on the other side of the lake,

2 and when he disembarked, a man with an unclean spirit at once came out from the tombs towards him.

3 The man lived in the tombs and no one could secure him any more, even with a chain,

4 because he had often been secured with fetters and chains but had snapped the chains and broken the fetters, and no one had the strength to control him.

5 All night and all day, among the tombs and in the mountains, he would howl and gash himself with stones.

6 Catching sight of Jesus from a distance, he ran up and fell at his feet

7 and shouted at the top of his voice, 'What do you want with me, Jesus, son of the Most High God? In God's name do not torture me!'

8 For Jesus had been saying to him, 'Come out of the man, unclean spirit.'

9 Then he asked, 'What is your name?' He answered, 'My name is Legion, for there are many of us.'

10 And he begged him earnestly not to send them out of the district.

11 Now on the mountainside there was a great herd of pigs feeding,

12 and the unclean spirits begged him, 'Send us to the pigs, let us go into them.'

13 So he gave them leave. With that, the unclean spirits came out and went into the pigs, and the herd of about two thousand pigs charged down the cliff into the lake, and there they were drowned.

14 The men looking after them ran off and told their story in the city and in the country round about; and the people came to see what had really happened.

15 They came to Jesus and saw the demoniac sitting there -- the man who had had the legion in him -- properly dressed and in his full senses, and they were afraid.

16 And those who had witnessed it reported what had happened to the demoniac and what had become of the pigs.

17 Then they began to implore Jesus to leave their neighbourhood.

18 As he was getting into the boat, the man who had been possessed begged to be allowed to stay with him.

19 Jesus would not let him but said to him, 'Go home to your people and tell them all that the Lord in his mercy has done for you.'

20 So the man went off and proceeded to proclaim in the Decapolis all that Jesus had done for him. And everyone was amazed.