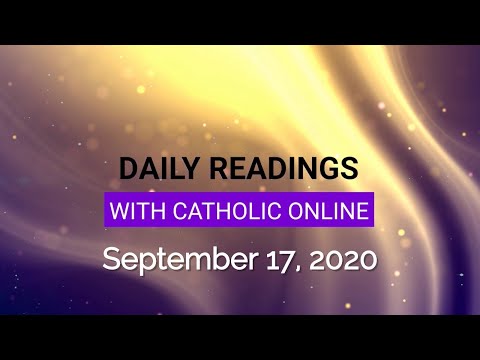 1 I want to make quite clear to you, brothers, what the message of the gospel that I preached to you is; you accepted it and took your stand on it,

2 and you are saved by it, if you keep to the message I preached to you; otherwise your coming to believe was in vain.

3 The tradition I handed on to you in the first place, a tradition which I had myself received, was that Christ died for our sins, in accordance with the scriptures,

4 and that he was buried; and that on the third day, he was raised to life, in accordance with the scriptures;

5 and that he appeared to Cephas; and later to the Twelve;

6 and next he appeared to more than five hundred of the brothers at the same time, most of whom are still with us, though some have fallen asleep;

7 then he appeared to James, and then to all the apostles.

8 Last of all he appeared to me too, as though I was a child born abnormally.

9 For I am the least of the apostles and am not really fit to be called an apostle, because I had been persecuting the Church of God;

10 but what I am now, I am through the grace of God, and the grace which was given to me has not been wasted. Indeed, I have worked harder than all the others -- not I, but the grace of God which is with me.

11 Anyway, whether it was they or I, this is what we preach and what you believed.

28 You are my God, I thank you, all praise to you, my God. I thank you for hearing me, and making yourself my Saviour.

36 One of the Pharisees invited him to a meal. When he arrived at the Pharisee's house and took his place at table,

37 suddenly a woman came in, who had a bad name in the town. She had heard he was dining with the Pharisee and had brought with her an alabaster jar of ointment.

38 She waited behind him at his feet, weeping, and her tears fell on his feet, and she wiped them away with her hair; then she covered his feet with kisses and anointed them with the ointment.

39 When the Pharisee who had invited him saw this, he said to himself, 'If this man were a prophet, he would know who this woman is and what sort of person it is who is touching him and what a bad name she has.'

41 'There was once a creditor who had two men in his debt; one owed him five hundred denarii, the other fifty.

42 They were unable to pay, so he let them both off. Which of them will love him more?'

43 Simon answered, 'The one who was let off more, I suppose.' Jesus said, 'You are right.'

44 Then he turned to the woman and said to Simon, 'You see this woman? I came into your house, and you poured no water over my feet, but she has poured out her tears over my feet and wiped them away with her hair.

45 You gave me no kiss, but she has been covering my feet with kisses ever since I came in.

46 You did not anoint my head with oil, but she has anointed my feet with ointment.

47 For this reason I tell you that her sins, many as they are, have been forgiven her, because she has shown such great love. It is someone who is forgiven little who shows little love.'

49 Those who were with him at table began to say to themselves, 'Who is this man, that even forgives sins?'

PDF educational/learning resources for Students, Parents, and Teachers and it’s 100% FREE. How to Pray the Rosary, Hail Mary, Our Father, Saints, Prayers, Coloring Books, Novenas, Espanol and more. All FREE to download and faithful to the Magisterium. Download Now >