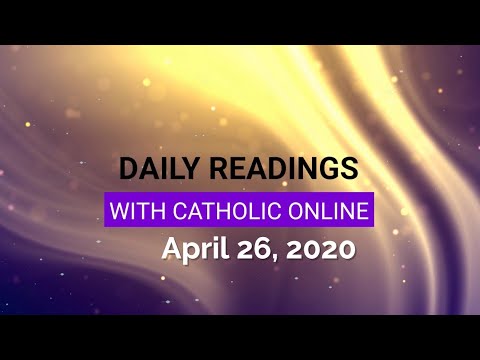 14 Then Peter stood up with the Eleven and addressed them in a loud voice: 'Men of Judaea, and all you who live in Jerusalem, make no mistake about this, but listen carefully to what I say.

22 'Men of Israel, listen to what I am going to say: Jesus the Nazarene was a man commended to you by God by the miracles and portents and signs that God worked through him when he was among you, as you know.

23 This man, who was put into your power by the deliberate intention and foreknowledge of God, you took and had crucified and killed by men outside the Law.

24 But God raised him to life, freeing him from the pangs of Hades; for it was impossible for him to be held in its power since,

25 as David says of him: I kept the Lord before my sight always, for with him at my right hand nothing can shake me.

26 So my heart rejoiced my tongue delighted; my body, too, will rest secure,

27 for you will not abandon me to Hades or allow your holy one to see corruption.

28 You have taught me the way of life, you will fill me with joy in your presence.

2 To Yahweh I say, 'You are my Lord, my happiness is in none

5 My birthright, my cup is Yahweh; you, you alone, hold my lot secure.

7 I bless Yahweh who is my counsellor, even at night my heart instructs me.

8 I keep Yahweh before me always, for with him at my right hand, nothing can shake me.

9 So my heart rejoices, my soul delights, my body too will rest secure,

10 for you will not abandon me to Sheol, you cannot allow your faithful servant to see the abyss.

11 You will teach me the path of life, unbounded joy in your presence, at your right hand delight for ever.

17 And if you address as Father him who judges without favouritism according to each individual's deeds, live out the time of your exile here in reverent awe.

18 For you know that the price of your ransom from the futile way of life handed down from your ancestors was paid, not in anything perishable like silver or gold,

19 but in precious blood as of a blameless and spotless lamb, Christ.

20 He was marked out before the world was made, and was revealed at the final point of time for your sake.

21 Through him you now have faith in God, who raised him from the dead and gave him glory for this very purpose -- that your faith and hope should be in God.