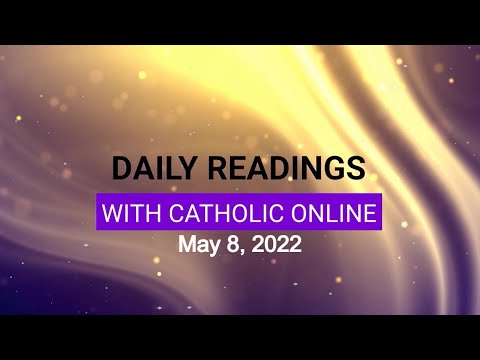 43 When the meeting broke up many Jews and devout converts followed Paul and Barnabas, and in their talks with them Paul and Barnabas urged them to remain faithful to the grace God had given them.

44 The next Sabbath almost the whole town assembled to hear the word of God.

45 When they saw the crowds, the Jews, filled with jealousy, used blasphemies to contradict everything Paul said.

46 Then Paul and Barnabas spoke out fearlessly. 'We had to proclaim the word of God to you first, but since you have rejected it, since you do not think yourselves worthy of eternal life, here and now we turn to the gentiles.

47 For this is what the Lord commanded us to do when he said: I have made you a light to the nations, so that my salvation may reach the remotest parts of the earth.'

48 It made the gentiles very happy to hear this and they gave thanks to the Lord for his message; all who were destined for eternal life became believers.

49 Thus the word of the Lord spread through the whole countryside.

50 But the Jews worked on some of the devout women of the upper classes and the leading men of the city; they stirred up a persecution against Paul and Barnabas and expelled them from their territory.

51 So they shook the dust from their feet in protest against them and went off to Iconium; but the converts were filled with joy and the Holy Spirit.

1 [Psalm For thanksgiving] Acclaim Yahweh, all the earth,

2 serve Yahweh with gladness, come into his presence with songs of joy!

3 Be sure that Yahweh is God, he made us, we belong to him, his people, the flock of his sheepfold.

5 For Yahweh is good, his faithful love is everlasting, his constancy from age to age.

27 The sheep that belong to me listen to my voice; I know them and they follow me.

28 I give them eternal life; they will never be lost and no one will ever steal them from my hand.

29 The Father, for what he has given me, is greater than anyone, and no one can steal anything from the Father's hand.

9 After that I saw that there was a huge number, impossible for anyone to count, of people from every nation, race, tribe and language; they were standing in front of the throne and in front of the Lamb, dressed in white robes and holding palms in their hands. They shouted in a loud voice,

14 I answered him, 'You can tell me, sir.' Then he said, 'These are the people who have been through the great trial; they have washed their robes white again in the blood of the Lamb.

15 That is why they are standing in front of God's throne and serving him day and night in his sanctuary; and the One who sits on the throne will spread his tent over them.

16 They will never hunger or thirst again; sun and scorching wind will never plague them,

17 because the Lamb who is at the heart of the throne will be their shepherd and will guide them to springs of living water; and God will wipe away all tears from their eyes.'