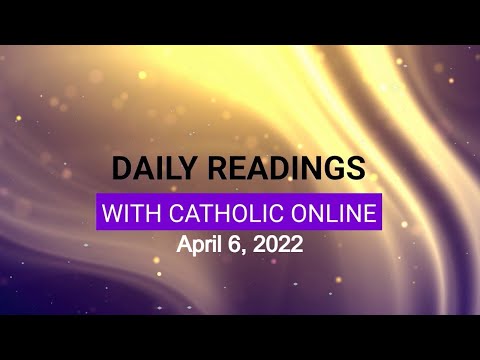 14 Nebuchadnezzar addressed them, 'Shadrach, Meshach and Abed-Nego, is it true that you do not serve my gods, and that you refuse to worship the golden statue I have set up?

15 When you hear the sound of horn, pipe, lyre, zither, harp, bagpipe and every other kind of instrument, are you prepared to prostrate yourselves and worship the statue I have made? If you refuse to worship it, you will be thrown forthwith into the burning fiery furnace; then which of the gods could save you from my power?'

16 Shadrach, Meshach and Abed-Nego replied to King Nebuchadnezzar, 'Your question needs no answer from us:

17 if our God, the one we serve, is able to save us from the burning fiery furnace and from your power, Your Majesty, he will save us;

18 and even if he does not, then you must know, Your Majesty, that we will not serve your god or worship the statue you have set up.'

19 This infuriated King Nebuchadnezzar; his expression was changed now as he looked at Shadrach, Meshach and Abed-Nego. He gave orders for the furnace to be made seven times hotter than usual

20 and commanded certain stalwarts from his army to bind Shadrach, Meshach and Abed-Nego and throw them into the burning fiery furnace.

91 King Nebuchadnezzar sprang to his feet in amazement. He said to his advisers, 'Did we not have these three men thrown bound into the fire?' They answered the king, 'Certainly, Your Majesty'.

92 'But', he went on, 'I can see four men walking free in the heart of the fire and quite unharmed! And the fourth looks like a child of the gods!'

95 'Blessed be the God of Shadrach, Meshach and Abed-Nego: he has sent his angel to rescue his servants who, putting their trust in him, defied the order of the king, and preferred to forfeit their bodies rather than serve or worship any god but their God.

53 May you be blessed in the Temple of your sacred glory, exalted and glorified above all for ever:

54 blessed on the throne of your kingdom, exalted above all, glorified for ever:

55 blessed are you who fathom the abyss, enthroned on the winged creatures, praised and exalted above all for ever:

56 blessed in the expanse of the heavens, exalted and glorified for ever.

31 To the Jews who believed in him Jesus said: If you make my word your home you will indeed be my disciples;

32 you will come to know the truth, and the truth will set you free.

33 They answered, 'We are descended from Abraham and we have never been the slaves of anyone; what do you mean, "You will be set free?" '

34 Jesus replied: In all truth I tell you, everyone who commits sin is a slave.

35 Now a slave has no permanent standing in the household, but a son belongs to it for ever.

36 So if the Son sets you free, you will indeed be free.

37 I know that you are descended from Abraham; but you want to kill me because my word finds no place in you.

38 What I speak of is what I have seen at my Father's side, and you too put into action the lessons you have learnt from your father.

39 They repeated, 'Our father is Abraham.' Jesus said to them: If you are Abraham's children, do as Abraham did.

40 As it is, you want to kill me, a man who has told you the truth as I have learnt it from God; that is not what Abraham did.

41 You are doing your father's work. They replied, 'We were not born illegitimate, the only father we have is God.'

42 Jesus answered: If God were your father, you would love me, since I have my origin in God and have come from him; I did not come of my own accord, but he sent me.