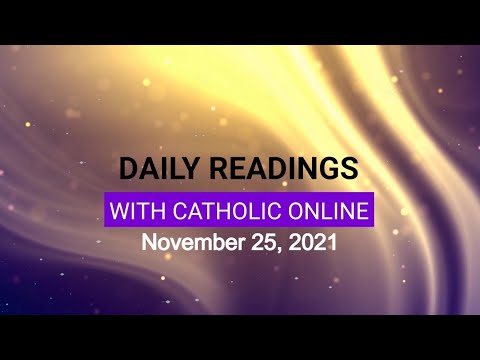 12 These men came along in a body and found Daniel praying and pleading with God.

13 They then went to the king and reminded him of the royal edict, 'Have you not signed an edict forbidding anyone for the next thirty days to pray to anyone, divine or human, other than to yourself, Your Majesty, on pain of being thrown into the lions' den?' 'The decision stands' the king replied, ' as befits the law of the Medes and the Persians, which cannot be revoked.'

14 They then said to the king, 'Your Majesty, this man Daniel, one of the exiles from Judah, disregards both you and the edict which you have signed: he is at his prayers three times each day.'

15 When the king heard these words he was deeply distressed and determined to save Daniel; he racked his brains until sunset to find some way to save him.

16 But the men kept pressing the king, 'Your Majesty, remember that in conformity with the law of the Medes and the Persians, no edict or decree can be altered when once issued by the king.'

17 The king then ordered Daniel to be brought and thrown into the lion pit. The king said to Daniel, 'Your God, whom you have served so faithfully, will have to save you.'

18 A stone was then brought and laid over the mouth of the pit; and the king sealed it with his own signet and with that of his noblemen, so that there could be no going back on the original decision about Daniel.

19 The king returned to his palace, spent the night in fasting and refused to receive any of his concubines. Sleep eluded him,

20 and at the first sign of dawn he got up and hurried to the lion pit.

21 As he approached the pit he called in anguished tones to Daniel, 'Daniel, servant of the living God! Has your God, whom you serve so faithfully, been able to save you from the lions?'

22 Daniel answered the king, 'May Your Majesty live for ever!

23 My God sent his angel who sealed the lions' jaws; they did me no harm, since in his sight I am blameless; neither have I ever done you any wrong, Your Majesty.'

25 The king then sent for the men who had accused Daniel and had them thrown into the lion pit, and their wives and children too; and before they reached the floor of the pit the lions had seized them and crushed their bones to pieces.

26 King Darius then wrote to all nations, peoples and languages dwelling throughout the world: 'May you prosper more and more!

27 This is my decree: Throughout every dominion of my realm, let all tremble with fear before the God of Daniel: He is the living God, he endures for ever, his kingdom will never be destroyed and his empire never come to an end.

28 He saves, sets free, and works signs and wonders in the heavens and on earth; he has saved Daniel from the power of the lions.'

68 Bless the Lord, dew and snow-storm, praise and glorify him for ever!

69 Bless the Lord, frost and cold, praise and glorify him for ever!

70 Bless the Lord, ice and snow, praise and glorify him for ever!

71 Bless the Lord, nights and days, praise and glorify him for ever!

72 Bless the Lord, light and darkness, praise and glorify him for ever!

73 Bless the Lord, lightning and cloud, praise and glorify him for ever!

74 Let the earth bless the Lord: praise and glorify him for ever!

20 'When you see Jerusalem surrounded by armies, then you must realise that it will soon be laid desolate.

21 Then those in Judaea must escape to the mountains, those inside the city must leave it, and those in country districts must not take refuge in it.

22 For this is the time of retribution when all that scripture says must be fulfilled.

23 Alas for those with child, or with babies at the breast, when those days come!

24 'For great misery will descend on the land and retribution on this people. They will fall by the edge of the sword and be led captive to every gentile country; and Jerusalem will be trampled down by the gentiles until their time is complete.

25 'There will be signs in the sun and moon and stars; on earth nations in agony, bewildered by the turmoil of the ocean and its waves;

26 men fainting away with terror and fear at what menaces the world, for the powers of heaven will be shaken.

27 And then they will see the Son of man coming in a cloud with power and great glory.

28 When these things begin to take place, stand erect, hold your heads high, because your liberation is near at hand.'