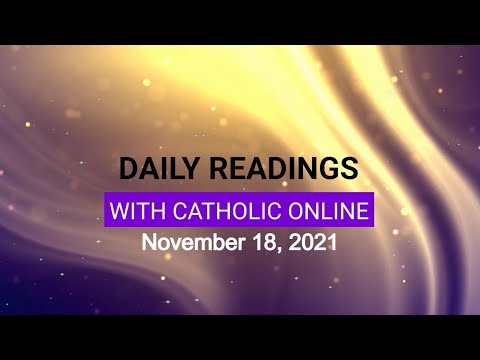 15 The king's commissioners who were enforcing the apostasy came to the town of Modein for the sacrifices.

16 Many Israelites gathered round them, but Mattathias and his sons drew apart.

17 The king's commissioners then addressed Mattathias as follows, 'You are a respected leader, a great man in this town; you have sons and brothers to support you.

18 Be the first to step forward and conform to the king's decree, as all the nations have done, and the leaders of Judah and the survivors in Jerusalem; you and your sons shall be reckoned among the Friends of the King, you and your sons will be honoured with gold and silver and many presents.'

19 Raising his voice, Mattathias retorted, 'Even if every nation living in the king's dominions obeys him, each forsaking its ancestral religion to conform to his decrees,

20 I, my sons and my brothers will still follow the covenant of our ancestors.

21 May Heaven preserve us from forsaking the Law and its observances.

22 As for the king's orders, we will not follow them: we shall not swerve from our own religion either to right or to left.'

23 As he finished speaking, a Jew came forward in the sight of all to offer sacrifice on the altar in Modein as the royal edict required.

24 When Mattathias saw this, he was fired with zeal; stirred to the depth of his being, he gave vent to his legitimate anger, threw himself on the man and slaughtered him on the altar.

25 At the same time he killed the king's commissioner who was there to enforce the sacrifice, and tore down the altar.

26 In his zeal for the Law he acted as Phinehas had against Zimri son of Salu.

27 Then Mattathias went through the town, shouting at the top of his voice, 'Let everyone who has any zeal for the Law and takes his stand on the covenant come out and follow me.'

28 Then he fled with his sons into the hills, leaving all their possessions behind in the town.

29 Many people who were concerned for virtue and justice went down to the desert and stayed there,

1 [Psalm Of Asaph] The God of gods, Yahweh, is speaking, from east to west he summons the earth.

2 From Zion, perfection of beauty, he shines forth;

5 'Gather to me my faithful, who sealed my covenant by sacrifice.'

6 The heavens proclaim his saving justice, 'God himself is judge.

14 'Let thanksgiving be your sacrifice to God, fulfil the vows you make to the Most High;

15 then if you call to me in time of trouble I will rescue you and you will honour me.'

41 In reply Jesus said, 'Faithless and perverse generation! How much longer must I be among you and put up with you? Bring your son here.'

42 Even while the boy was coming, the devil threw him to the ground in convulsions. But Jesus rebuked the unclean spirit and cured the boy and gave him back to his father,

43 and everyone was awestruck by the greatness of God. But while everyone was full of admiration for all he did, he said to his disciples,

44 'For your part, you must have these words constantly in mind: The Son of man is going to be delivered into the power of men.'