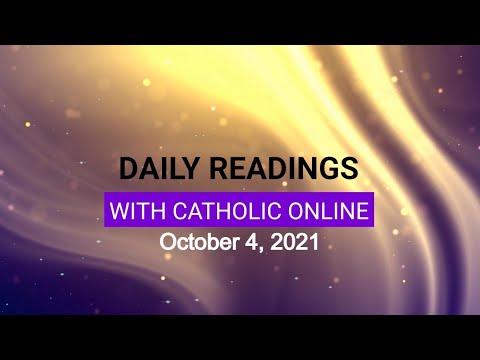 1 The word of Yahweh was addressed to Jonah son of Amittai:

2 'Up!' he said, 'Go to Nineveh, the great city, and proclaim to them that their wickedness has forced itself upon me.'

4 But Yahweh threw a hurricane at the sea, and there was such a great storm at sea that the ship threatened to break up.

5 The sailors took fright, and each of them called on his own god, and to lighten the ship they threw the cargo overboard. Jonah, however, had gone below, had lain down in the hold and was fast asleep,

6 when the boatswain went up to him and said, 'What do you mean by sleeping? Get up! Call on your god! Perhaps he will spare us a thought and not leave us to die.'

7 Then they said to each other, 'Come on, let us draw lots to find out who is to blame for bringing us this bad luck.' So they cast lots, and the lot pointed to Jonah.

9 He replied, 'I am a Hebrew, and I worship Yahweh, God of Heaven, who made both sea and dry land.'

10 The sailors were seized with terror at this and said, 'Why ever did you do this?' since they knew that he was trying to escape from Yahweh, because he had told them so.

11 They then said, 'What are we to do with you, to make the sea calm down for us?' For the sea was growing rougher and rougher.

12 He replied, 'Take me and throw me into the sea, and then it will calm down for you. I know it is my fault that this great storm has struck you.'

13 The sailors rowed hard in an effort to reach the shore, but in vain, since the sea was growing rougher and rougher.

14 So at last they called on Yahweh and said, 'O, Yahweh, do not let us perish for the sake of this man's life, and do not hold us responsible for causing an innocent man's death; for you, Yahweh, have acted as you saw fit.'

15 And taking hold of Jonah they threw him into the sea; and the sea stopped raging.

16 At this, the men were seized with dread of Yahweh; they offered a sacrifice to Yahweh and made vows to him.

1 Now Yahweh ordained that a great fish should swallow Jonah; and Jonah remained in the belly of the fish for three days and three nights.

11 Yahweh spoke to the fish, which then vomited Jonah onto the dry land.

2 Kings of the earth take up position, princes plot together against Yahweh and his anointed,

3 'Now let us break their fetters! Now let us throw off their bonds!'

4 He who is enthroned in the heavens laughs, Yahweh makes a mockery of them,

5 then in his anger rebukes them, in his rage he strikes them with terror.

8 Ask of me, and I shall give you the nations as your birthright, the whole wide world as your possession.

25 And now a lawyer stood up and, to test him, asked, 'Master, what must I do to inherit eternal life?'

28 Jesus said to him, 'You have answered right, do this and life is yours.'

29 But the man was anxious to justify himself and said to Jesus, 'And who is my neighbour?'

30 In answer Jesus said, 'A man was once on his way down from Jerusalem to Jericho and fell into the hands of bandits; they stripped him, beat him and then made off, leaving him half dead.

31 Now a priest happened to be travelling down the same road, but when he saw the man, he passed by on the other side.

32 In the same way a Levite who came to the place saw him, and passed by on the other side.

33 But a Samaritan traveller who came on him was moved with compassion when he saw him.

34 He went up to him and bandaged his wounds, pouring oil and wine on them. He then lifted him onto his own mount and took him to an inn and looked after him.

35 Next day, he took out two denarii and handed them to the innkeeper and said, "Look after him, and on my way back I will make good any extra expense you have."

36 Which of these three, do you think, proved himself a neighbour to the man who fell into the bandits' hands?'

37 He replied, 'The one who showed pity towards him.' Jesus said to him, 'Go, and do the same yourself.'