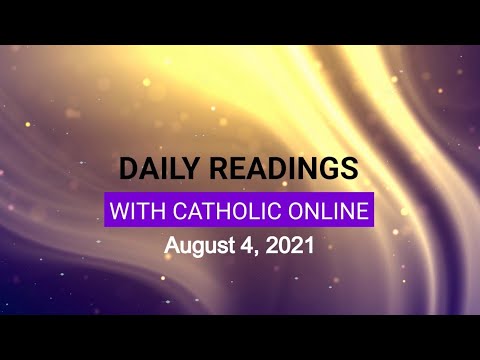 1 Yahweh spoke to Moses and said,

2 'Send out men, one from each tribe, to reconnoitre the land of Canaan which I am giving the Israelites. Each of them is to be a leading man of the tribe.'

25 After forty days they returned from reconnoitring the country.

27 This was the report they gave: 'We made our way into the country where you sent us. It does indeed flow with milk and honey; here is what it produces.

28 At the same time, its inhabitants are a powerful people; the towns are fortified and very big; yes, and we saw the Anakim there.

29 The Amalekites occupy the Negeb area, the Hittites, Jebusites and Amorites the highlands, and the Canaanites the sea coast and the banks of the Jordan.'

30 Caleb called the people round Moses to silence and then said, 'We must march in immediately and take it; we are certainly able to conquer it.'

31 But the men who had been with him said, 'We cannot attack these people; they are stronger than we are.'

32 And they began disparaging to the Israelites the country they had reconnoitred, saying, 'The country we have been to reconnoitre is a country that devours its inhabitants. All the people we saw there were of enormous size.

33 We saw giants there too (the Anakim, descended from the Giants). We felt like grasshoppers, and so we seemed to them.'

1 The whole community then cried out in dismay, and the people wept all that night.

26 Yahweh then spoke to Moses and Aaron and said:

27 'How much longer am I to endure this perverse community muttering against me? I have heard what the Israelites mutter against me.

28 Say to them, "As I live, Yahweh declares, I shall do to you what I have heard you saying.

29 In this desert your dead bodies will fall, all you who were counted in the census, from the age of twenty years and over who have muttered against me.

34 For forty days you reconnoitred the country. Each day will count as a year: for forty years you will bear the consequences of your guilt and learn what it means to reject me."

35 I, Yahweh, have spoken: this is how I swear to treat this entire perverse community united against me. In this desert, to the last man, they shall die.'

6 Like our ancestors, we have sinned, we have acted wickedly, guiltily;

7 our ancestors in Egypt never grasped the meaning of your wonders. They did not bear in mind your countless acts of love, at the Sea of Reeds they defied the Most High;

13 But they soon forgot his achievements, they did not even wait for his plans;

14 they were overwhelmed with greed in the wastelands, in the solitary wastes they challenged God.

21 They forgot the God who was saving them, who had done great deeds in Egypt,

22 such wonders in the land of Ham, such awesome deeds at the Sea of Reeds.

23 He thought of putting an end to them, had not Moses, his chosen one, taken a stand in the breach and confronted him, to turn his anger away from destroying them.

21 Jesus left that place and withdrew to the region of Tyre and Sidon.

22 And suddenly out came a Canaanite woman from that district and started shouting, 'Lord, Son of David, take pity on me. My daughter is tormented by a devil.'

23 But he said not a word in answer to her. And his disciples went and pleaded with him, saying, 'Give her what she wants, because she keeps shouting after us.'

24 He said in reply, 'I was sent only to the lost sheep of the House of Israel.'

26 He replied, 'It is not fair to take the children's food and throw it to little dogs.'

27 She retorted, 'Ah yes, Lord; but even little dogs eat the scraps that fall from their masters' table.'

28 Then Jesus answered her, 'Woman, you have great faith. Let your desire be granted.' And from that moment her daughter was well again.