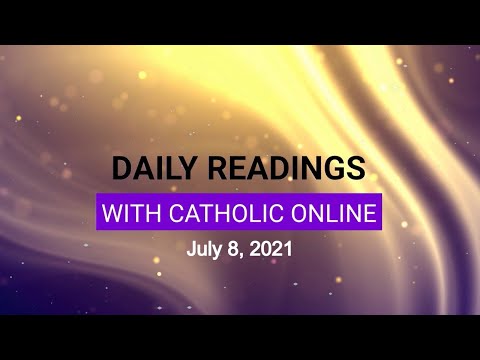 18 At this, Judah went up to him and said, 'May it please my lord, let your servant have a word privately with my lord. Do not be angry with your servant, for you are like Pharaoh himself.

19 My lord questioned his servants, "Have you father or brother?"

20 And we said to my lord, "We have an old father, and a younger brother born of his old age. His brother is dead, so he is the only one by that mother now left, and his father loves him."

21 Then you said to your servants, "Bring him down to me, so that I can set eyes on him."

23 But you said to your servants, "If your youngest brother does not come down with you, you will not be admitted to my presence again."

24 When we went back to your servant my father, we repeated to him what my lord had said.

27 So your servant our father said to us, "You know that my wife bore me two children.

28 When one of them left me, I supposed that he must have been torn to pieces, and I have never seen him since.

29 If you take this one from me too and any harm comes to him, you will send my white head down to Sheol with grief."

1 Then Joseph could not control his feelings in front of all his retainers, and he exclaimed, 'Let everyone leave me.' No one therefore was present with him while Joseph made himself known to his brothers,

2 but he wept so loudly that all the Egyptians heard, and the news reached Pharaoh's palace.

3 Joseph said to his brothers, 'I am Joseph. Is my father really still alive?' His brothers could not answer him, they were so dumbfounded at seeing him.

4 Then Joseph said to his brothers, 'Come closer to me.' When they had come closer to him he said, 'I am your brother Joseph whom you sold into Egypt.

5 But now, do not grieve, do not reproach yourselves for having sold me here, since God sent me before you to preserve your lives.

16 He called down famine on the land, he took away their food supply;

18 So his feet were weighed down with shackles, his neck was put in irons.

19 In due time his prophecy was fulfilled, the word of Yahweh proved him true.

20 The king sent orders to release him, the ruler of nations set him free;

21 he put him in charge of his household, the ruler of all he possessed,

7 And as you go, proclaim that the kingdom of Heaven is close at hand.

8 Cure the sick, raise the dead, cleanse those suffering from virulent skin-diseases, drive out devils. You received without charge, give without charge.

9 Provide yourselves with no gold or silver, not even with coppers for your purses,

10 with no haversack for the journey or spare tunic or footwear or a staff, for the labourer deserves his keep.

11 'Whatever town or village you go into, seek out someone worthy and stay with him until you leave.

12 As you enter his house, salute it,

14 And if anyone does not welcome you or listen to what you have to say, as you walk out of the house or town shake the dust from your feet.

15 In truth I tell you, on the Day of Judgement it will be more bearable for Sodom and Gomorrah than for that town.