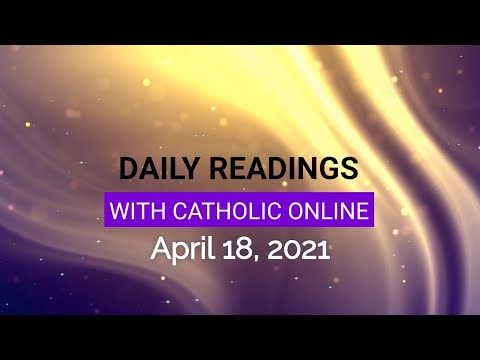 2 Children of men, how long will you be heavy of heart, why love what is vain and chase after illusions?

4 Be careful not to sin, speak in your hearts, and on your beds keep silence.

7 to my heart you are a richer joy than all their corn and new wine.

8 In peace I lie down and at once fall asleep, for it is you and none other, Yahweh, who make me rest secure.

1 My children, I am writing this to prevent you from sinning; but if anyone does sin, we have an advocate with the Father, Jesus Christ, the upright.

2 He is the sacrifice to expiate our sins, and not only ours, but also those of the whole world.

3 In this way we know that we have come to know him, if we keep his commandments.

4 Whoever says, 'I know him' without keeping his commandments, is a liar, and truth has no place in him.

5 But anyone who does keep his word, in such a one God's love truly reaches its perfection. This is the proof that we are in God.