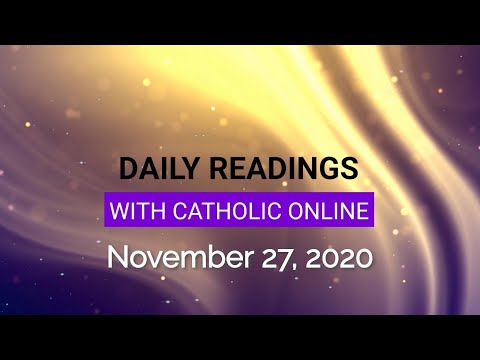 1 Then I saw an angel come down from heaven with the key of the Abyss in his hand and an enormous chain.

2 He overpowered the dragon, that primeval serpent which is the devil and Satan, and chained him up for a thousand years.

3 He hurled him into the Abyss and shut the entrance and sealed it over him, to make sure he would not lead the nations astray again until the thousand years had passed. At the end of that time he must be released, but only for a short while.

4 Then I saw thrones, where they took their seats, and on them was conferred the power to give judgement. I saw the souls of all who had been beheaded for having witnessed for Jesus and for having preached God's word, and those who refused to worship the beast or his statue and would not accept the brandmark on their foreheads or hands; they came to life, and reigned with Christ for a thousand years.

11 Then I saw a great white throne and the One who was sitting on it. In his presence, earth and sky vanished, leaving no trace.

12 I saw the dead, great and small alike, standing in front of his throne while the books lay open. And another book was opened, which is the book of life, and the dead were judged from what was written in the books, as their deeds deserved.

13 The sea gave up all the dead who were in it;

15 and anybody whose name could not be found written in the book of life was hurled into the burning lake.

1 Then I saw a new heaven and a new earth; the first heaven and the first earth had disappeared now, and there was no longer any sea.

2 I saw the holy city, the new Jerusalem, coming down out of heaven from God, prepared as a bride dressed for her husband.

3 Even the sparrow has found a home, the swallow a nest to place its young: your altars, Yahweh Sabaoth, my King and my God.

4 How blessed are those who live in your house; they shall praise you continually.

5 Blessed those who find their strength in you, whose hearts are set on pilgrimage.

6 As they pass through the Valley of the Balsam, they make there a water-hole, and -- a further blessing -- early rain fills it.

29 And he told them a parable, 'Look at the fig tree and indeed every tree.

30 As soon as you see them bud, you can see for yourselves that summer is now near.

31 So with you when you see these things happening: know that the kingdom of God is near.

32 In truth I tell you, before this generation has passed away all will have taken place.

33 Sky and earth will pass away, but my words will never pass away.