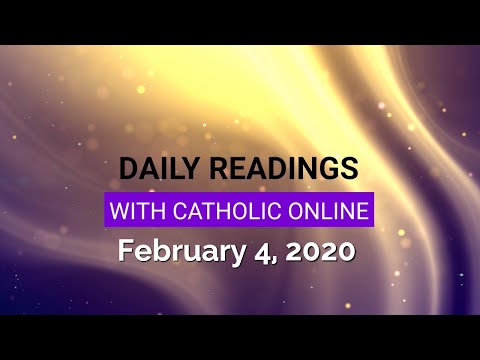 9 Absalom happened to run into some of David's guards. Absalom was riding his mule and the mule passed under the thick branches of a great oak. Absalom's head got caught in the oak and he was left hanging between heaven and earth, while the mule he was riding went on.

10 Someone saw this and reported to Joab, 'I have just seen Absalom hanging from an oak.'

14 Joab then said, 'I cannot waste time arguing with you!' And, taking three darts in his hand, he planted them in Absalom's heart, while he was still alive, deep in the oak-tree.

24 David was sitting between the two gates. The sentry, having gone up to the roof of the gate, looked out from the ramparts and saw a man running alone.

25 The sentry called down to the king and told him. The king said, 'If he is alone, he is bringing good news.'

30 The king said, 'Go and stand over there.' He stood to one side and waited.

31 Then the Cushite arrived. 'Good news for my lord the king!' the Cushite shouted. 'Today Yahweh has vindicated your cause, by ridding you of all who had risen up against you.'

32 'Is all well with young Absalom?' the king asked the Cushite. 'May the enemies of my lord the king', the Cushite answered, 'and all who rise up to harm you, share the fate of that young man!'

1 The king shuddered. He went up to the room over the gate and burst into tears; and, as he wept, he kept saying, 'Oh, my son Absalom! My son! My son Absalom! If only I had died instead of you! Oh, Absalom my son, my son!'

2 Word was brought to Joab, 'The king is weeping and mourning for Absalom.'

3 And for the entire army that day, victory was turned to mourning, the troops having learnt that the king was grieving for his son.

1 [Prayer Of David] Listen to me, Yahweh, answer me, for I am poor and needy.

2 Guard me, for I am faithful, save your servant who relies on you. You are my God,

4 Fill your servant's heart with joy, Lord, for to you I raise up my heart.

5 Lord, you are kind and forgiving, rich in faithful love for all who call upon you.

6 Yahweh, hear my prayer, listen to the sound of my pleading.

21 When Jesus had crossed again in the boat to the other side, a large crowd gathered round him and he stayed by the lake.

22 Then the president of the synagogue came up, named Jairus, and seeing him, fell at his feet

23 and begged him earnestly, saying, 'My little daughter is desperately sick. Do come and lay your hands on her that she may be saved and may live.'

24 Jesus went with him and a large crowd followed him; they were pressing all round him.

25 Now there was a woman who had suffered from a haemorrhage for twelve years;

26 after long and painful treatment under various doctors, she had spent all she had without being any the better for it; in fact, she was getting worse.

27 She had heard about Jesus, and she came up through the crowd and touched his cloak from behind, thinking,

29 And at once the source of the bleeding dried up, and she felt in herself that she was cured of her complaint.

30 And at once aware of the power that had gone out from him, Jesus turned round in the crowd and said, 'Who touched my clothes?'

31 His disciples said to him, 'You see how the crowd is pressing round you; how can you ask, "Who touched me?" '

32 But he continued to look all round to see who had done it.

33 Then the woman came forward, frightened and trembling because she knew what had happened to her, and she fell at his feet and told him the whole truth.

34 'My daughter,' he said, 'your faith has restored you to health; go in peace and be free of your complaint.'

35 While he was still speaking some people arrived from the house of the president of the synagogue to say, 'Your daughter is dead; why put the Master to any further trouble?'

36 But Jesus overheard what they said and he said to the president of the synagogue, 'Do not be afraid; only have faith.'

37 And he allowed no one to go with him except Peter and James and John the brother of James.

38 So they came to the house of the president of the synagogue, and Jesus noticed all the commotion, with people weeping and wailing unrestrainedly.

39 He went in and said to them, 'Why all this commotion and crying? The child is not dead, but asleep.'

40 But they ridiculed him. So he turned them all out and, taking with him the child's father and mother and his own companions, he went into the place where the child lay.

41 And taking the child by the hand he said to her, 'Talitha kum!' which means, 'Little girl, I tell you to get up.'

42 The little girl got up at once and began to walk about, for she was twelve years old. At once they were overcome with astonishment,

43 and he gave them strict orders not to let anyone know about it, and told them to give her something to eat.