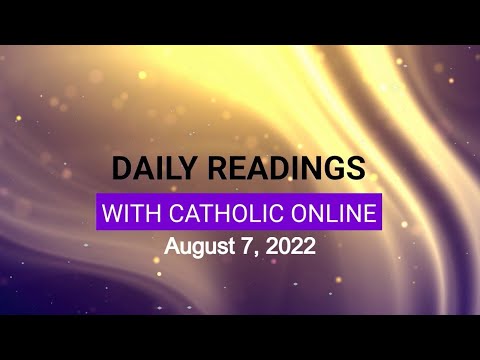 6 That night had been known in advance to our ancestors, so that, well knowing him in whom they had put their trust, they would be sure of his promises.

7 Your people thus were waiting both for the rescue of the upright and for the ruin of the enemy;

8 for by the very vengeance that you exacted on our adversaries, you glorified us by calling us to you.

9 So the holy children of the good offered sacrifice in secret and with one accord enacted this holy law: that the holy ones should share good things and dangers alike; and forthwith they chanted the hymns of the ancestors.

1 Shout for joy, you upright; praise comes well from the honest.

12 How blessed the nation whose God is Yahweh, the people he has chosen as his heritage.

18 But see how Yahweh watches over those who fear him, those who rely on his faithful love,

19 to rescue them from death and keep them alive in famine.

20 We are waiting for Yahweh; he is our help and our shield,

21 for in him our heart rejoices, in his holy name we trust.

22 Yahweh, let your faithful love rest on us, as our hope has rested in you.

32 'There is no need to be afraid, little flock, for it has pleased your Father to give you the kingdom.

33 'Sell your possessions and give to those in need. Get yourselves purses that do not wear out, treasure that will not fail you, in heaven where no thief can reach it and no moth destroy it.

34 For wherever your treasure is, that is where your heart will be too.

35 'See that you have your belts done up and your lamps lit.

36 Be like people waiting for their master to return from the wedding feast, ready to open the door as soon as he comes and knocks.

37 Blessed those servants whom the master finds awake when he comes. In truth I tell you, he will do up his belt, sit them down at table and wait on them.

38 It may be in the second watch that he comes, or in the third, but blessed are those servants if he finds them ready.

39 You may be quite sure of this, that if the householder had known at what time the burglar would come, he would not have let anyone break through the wall of his house.

40 You too must stand ready, because the Son of man is coming at an hour you do not expect.'

41 Peter said, 'Lord, do you mean this parable for us, or for everyone?'

42 The Lord replied, 'Who, then, is the wise and trustworthy steward whom the master will place over his household to give them at the proper time their allowance of food?

43 Blessed that servant if his master's arrival finds him doing exactly that.

44 I tell you truly, he will put him in charge of everything that he owns.

45 But if the servant says to himself, "My master is taking his time coming," and sets about beating the menservants and the servant-girls, and eating and drinking and getting drunk,

47 'The servant who knows what his master wants, but has got nothing ready and done nothing in accord with those wishes, will be given a great many strokes of the lash.

1 Only faith can guarantee the blessings that we hope for, or prove the existence of realities that are unseen.

2 It is for their faith that our ancestors are acknowledged.

8 It was by faith that Abraham obeyed the call to set out for a country that was the inheritance given to him and his descendants, and that he set out without knowing where he was going.

9 By faith he sojourned in the Promised Land as though it were not his, living in tents with Isaac and Jacob, who were heirs with him of the same promise.

10 He looked forward to the well-founded city, designed and built by God.

11 It was equally by faith that Sarah, in spite of being past the age, was made able to conceive, because she believed that he who had made the promise was faithful to it.

12 Because of this, there came from one man, and one who already had the mark of death on him, descendants as numerous as the stars of heaven and the grains of sand on the seashore which cannot be counted.

13 All these died in faith, before receiving any of the things that had been promised, but they saw them in the far distance and welcomed them, recognising that they were only strangers and nomads on earth.

14 People who use such terms about themselves make it quite plain that they are in search of a homeland.

15 If they had meant the country they came from, they would have had the opportunity to return to it;

16 but in fact they were longing for a better homeland, their heavenly homeland. That is why God is not ashamed to be called their God, since he has founded the city for them.

17 It was by faith that Abraham, when put to the test, offered up Isaac. He offered to sacrifice his only son even though he had yet to receive what had been promised,

18 and he had been told: Isaac is the one through whom your name will be carried on.

19 He was confident that God had the power even to raise the dead; and so, figuratively speaking, he was given back Isaac from the dead.