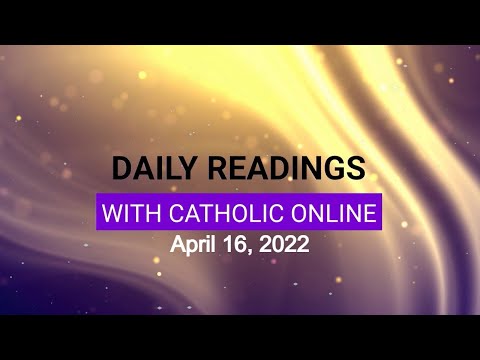 1 Thus heaven and earth were completed with all their array.

1 Bless Yahweh, my soul, Yahweh, my God, how great you are! Clothed in majesty and splendour,

2 wearing the light as a robe! You stretch out the heavens like a tent,

1 On the first day of the week, at the first sign of dawn, they went to the tomb with the spices they had prepared.

2 They found that the stone had been rolled away from the tomb,

3 but on entering they could not find the body of the Lord Jesus.

4 As they stood there puzzled about this, two men in brilliant clothes suddenly appeared at their side.

5 Terrified, the women bowed their heads to the ground. But the two said to them, 'Why look among the dead for someone who is alive?

6 He is not here; he has risen. Remember what he told you when he was still in Galilee:

7 that the Son of man was destined to be handed over into the power of sinful men and be crucified, and rise again on the third day.'

8 And they remembered his words.

9 And they returned from the tomb and told all this to the Eleven and to all the others.

10 The women were Mary of Magdala, Joanna, and Mary the mother of James. And the other women with them also told the apostles,

11 but this story of theirs seemed pure nonsense, and they did not believe them.

12 Peter, however, went off to the tomb, running. He bent down and looked in and saw the linen cloths but nothing else; he then went back home, amazed at what had happened.