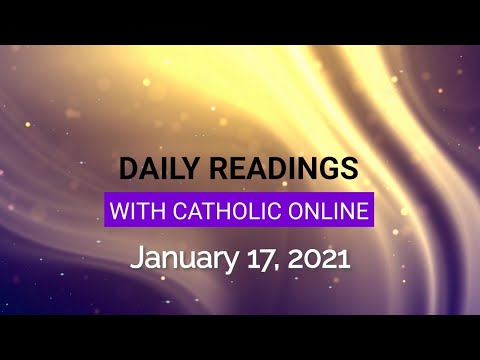 3 The lamp of God had not yet gone out, and Samuel was lying in Yahweh's sanctuary, where the ark of God was,

7 As yet, Samuel had no knowledge of Yahweh and the word of Yahweh had not yet been revealed to him.

8 Again Yahweh called, the third time. He got up and went to Eli and said, 'Here I am, as you called me.' Eli then understood that Yahweh was calling the child,

9 and he said to Samuel, 'Go and lie down, and if someone calls say, "Speak, Yahweh; for your servant is listening." ' So Samuel went and lay down in his place.

10 Yahweh then came and stood by, calling as he had done before, 'Samuel! Samuel!' Samuel answered, 'Speak, Yahweh; for your servant is listening.'

19 Samuel grew up. Yahweh was with him and did not let a single word fall to the ground of all that he had told him.

8 my delight is to do your will; your law, my God, is deep in my heart.

9 I proclaimed the saving justice of Yahweh in the great assembly. See, I will not hold my tongue, as you well know.

10 I have not kept your saving justice locked in the depths of my heart, but have spoken of your constancy and saving help. I have made no secret of your faithful and steadfast love, in the great assembly.

35 The next day as John stood there again with two of his disciples, Jesus went past,

36 and John looked towards him and said, 'Look, there is the lamb of God.'

37 And the two disciples heard what he said and followed Jesus.

38 Jesus turned round, saw them following and said, 'What do you want?' They answered, 'Rabbi' -- which means Teacher -- 'where do you live?'

39 He replied, 'Come and see'; so they went and saw where he lived, and stayed with him that day. It was about the tenth hour.

40 One of these two who became followers of Jesus after hearing what John had said was Andrew, the brother of Simon Peter.

41 The first thing Andrew did was to find his brother and say to him, 'We have found the Messiah' -- which means the Christ-

42 and he took Simon to Jesus. Jesus looked at him and said, 'You are Simon son of John; you are to be called Cephas' -- which means Rock.

13 Foods are for the stomach, and the stomach is for foods; and God will destroy them both. But the body is not for sexual immorality;

14 it is for the Lord, and the Lord is for the body. God raised up the Lord and he will raise us up too by his power.

17 But anyone who attaches himself to the Lord is one spirit with him.

18 Keep away from sexual immorality. All other sins that people may commit are done outside the body; but the sexually immoral person sins against his own body.

19 Do you not realize that your body is the temple of the Holy Spirit, who is in you and whom you received from God?

20 You are not your own property, then; you have been bought at a price. So use your body for the glory of God.