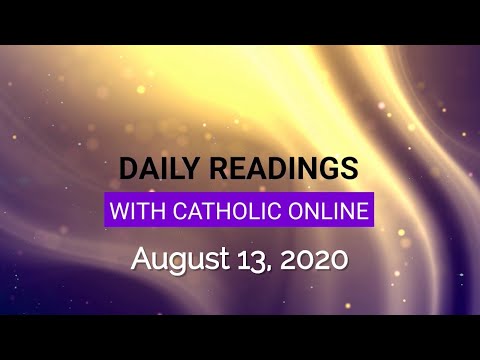 1 The word of Yahweh was addressed to me as follows,

3 So, son of man, pack an exile's bundle and set off for exile by daylight while they watch. You will leave your home and go somewhere else while they watch. Then perhaps they will see that they are a tribe of rebels.

5 While they watch, make a hole in the wall, and go out through it.

6 While they watch, you will shoulder your pack and go out into the dark; you will cover your face so that you cannot see the ground, since I have made you an omen for the House of Israel.'

7 I did as I had been told. I packed my baggage like an exile's bundle, by daylight; and in the evening I made a hole through the wall with my hands; then I went out into the dark and shouldered my pack while they watched.

8 Next morning the word of Yahweh was addressed to me as follows,

9 'Son of man, did not the House of Israel, did not that tribe of rebels, ask you, "What are you doing?"

10 Say, "The Lord Yahweh says this: This prophecy concerns Jerusalem and the whole House of Israel who live there."

11 Say, "I am an omen for you; as I have done, so will be done to them; they will be deported into exile.

12 Their prince will shoulder his pack in the dark and go out through the wall; a hole will be made to let him out; he will cover his face, so that he cannot see the country.

56 But still they challenged the Most High God and defied him, refusing to keep his decrees;

57 as perverse and treacherous as their ancestors, they gave way like a faulty bow,

58 provoking him with their high places, rousing his jealousy with their idols.

59 God listened and vented his wrath, he totally rejected Israel;

61 He abandoned his power to captivity, his splendour to the enemy's clutches;

62 he gave up his people to the sword, he vented his wrath on his own heritage.

21 Then Peter went up to him and said, 'Lord, how often must I forgive my brother if he wrongs me? As often as seven times?'

22 Jesus answered, 'Not seven, I tell you, but seventy-seven times.

23 'And so the kingdom of Heaven may be compared to a king who decided to settle his accounts with his servants.

24 When the reckoning began, they brought him a man who owed ten thousand talents;

25 he had no means of paying, so his master gave orders that he should be sold, together with his wife and children and all his possessions, to meet the debt.

26 At this, the servant threw himself down at his master's feet, with the words, "Be patient with me and I will pay the whole sum."

27 And the servant's master felt so sorry for him that he let him go and cancelled the debt.

28 Now as this servant went out, he happened to meet a fellow-servant who owed him one hundred denarii; and he seized him by the throat and began to throttle him, saying, "Pay what you owe me."

1 Jesus had now finished what he wanted to say, and he left Galilee and came into the territory of Judaea on the far side of the Jordan.