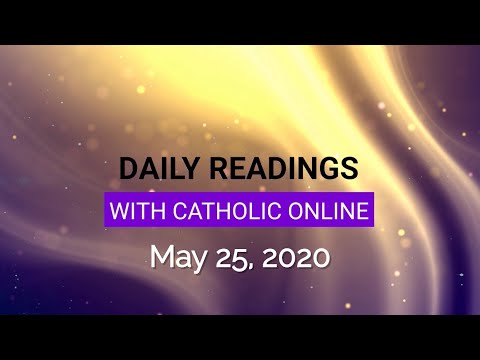 1 It happened that while Apollos was in Corinth, Paul made his way overland as far as Ephesus, where he found a number of disciples.

2 When he asked, 'Did you receive the Holy Spirit when you became believers?' they answered, 'No, we were never even told there was such a thing as a Holy Spirit.'

3 He asked, 'Then how were you baptised?' They replied, 'With John's baptism.'

4 Paul said, 'John's baptism was a baptism of repentance; but he insisted that the people should believe in the one who was to come after him -- namely Jesus.'

5 When they heard this, they were baptised in the name of the Lord Jesus,

6 and the moment Paul had laid hands on them the Holy Spirit came down on them, and they began to speak with tongues and to prophesy.

7 There were about twelve of these men in all.

8 He began by going to the synagogue, where he spoke out fearlessly and argued persuasively about the kingdom of God. He did this for three months,

3 The upright rejoice in the presence of God, delighted and crying out for joy.

4 Sing to God, play music to his name, build a road for the Rider of the Clouds, rejoice in Yahweh, dance before him.

5 Father of orphans, defender of widows, such is God in his holy dwelling.

6 God gives the lonely a home to live in, leads prisoners out into prosperity, but rebels must live in the bare wastelands.

7 God, when you set out at the head of your people, when you strode over the desert,

29 His disciples said, 'Now you are speaking plainly and not using veiled language.

30 Now we see that you know everything and need not wait for questions to be put into words; because of this we believe that you came from God.'

31 Jesus answered them: Do you believe at last?

32 Listen; the time will come -- indeed it has come already -- when you are going to be scattered, each going his own way and leaving me alone. And yet I am not alone, because the Father is with me.

33 I have told you all this so that you may find peace in me. In the world you will have hardship, but be courageous: I have conquered the world.